It isnâ€™t the Gee Scott Jr. highlight-reel plays, of which there are an abundance.

It isnâ€™t, in fact, any singular moment on the football field conjuring a coachâ€™s memory of the Ohio State freshman wideout.

â€œThereâ€™s some moments, not just plays because heâ€™s had a bunch of those, but how he treats other people,â€ Daste told Lettermen Row. â€œAnd it’s how he goes out of his way to make sure the people around him are involved in everything, whether itâ€™s competing or in the classroom. He has a huge personality, a lot of character about him.

â€œFor example, we have a program at our school, and he is probably the most popular person among our options kids, those who face challenges, and he just hangs out with them; heâ€™s their biggest friend. Heâ€™s our friend, not because heâ€™s a football player. Thatâ€™s what Iâ€™m most proud of him for. It just kind of restores your faith in young people a little bit.â€

This story merely is one in a growing litany revealing the character of Scott — and his family. Heâ€™s befriended a homeless man in his suburban Seattle home and maintained that relationship. 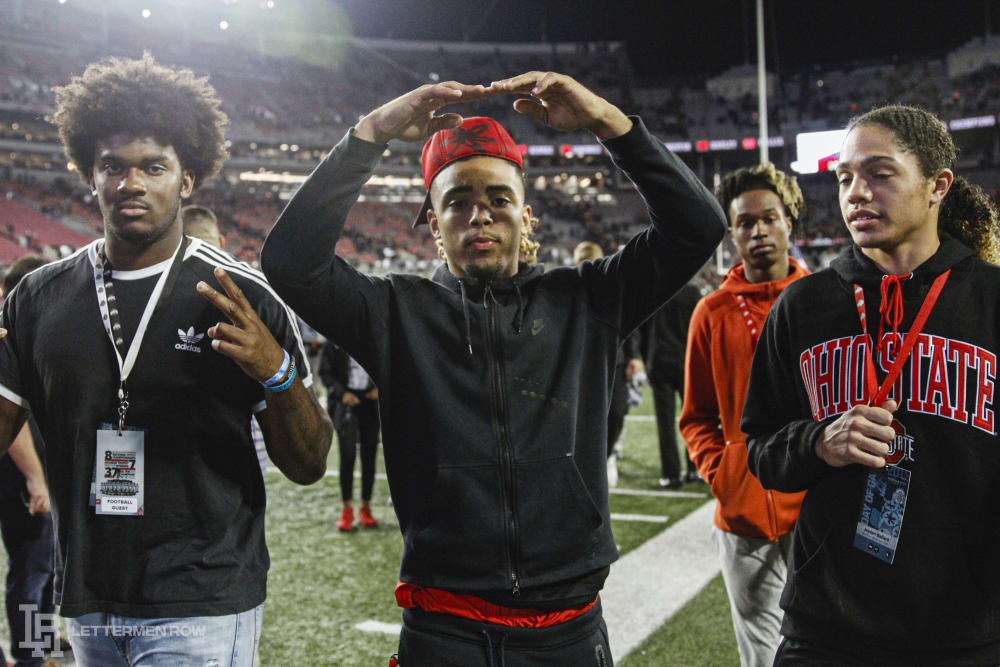 Gee Scott has plans to make an impact on and off the field for Ohio State. (Birm/Lettermen Row)

â€œI encourage people around the world to do the same sort of thing. You never know what kind of influence you have on people, especially a world class athlete and the touch they can have on youth and stuff like that.â€

Thereâ€™s seemingly no limit to the encouraging physical attributes of Scott, a consensus four-star signee and top-65 player in the Ohio State 2020 class.

â€œThe first thing that pops out, he looks the part,â€ Daste said. â€œHis physique, stature; if I looked like him I wouldnâ€™t wear a shirt ever.

â€œLate into his freshman year, he was doing some things, and he was balancing between freshman, jayvee and varsity. But he was doing some things with body control, having conversations with coaches about coverage. You pretty quickly figured out he was going to be special with how he played the game. Not just his skills but with his effort and way he competes, things of that nature.â€

In signing with the Buckeyes in December, Scott was envisioning the opportunity to continue honing those skills in a program rather quickly staking a claim as â€˜Wide Receiver U.â€™ 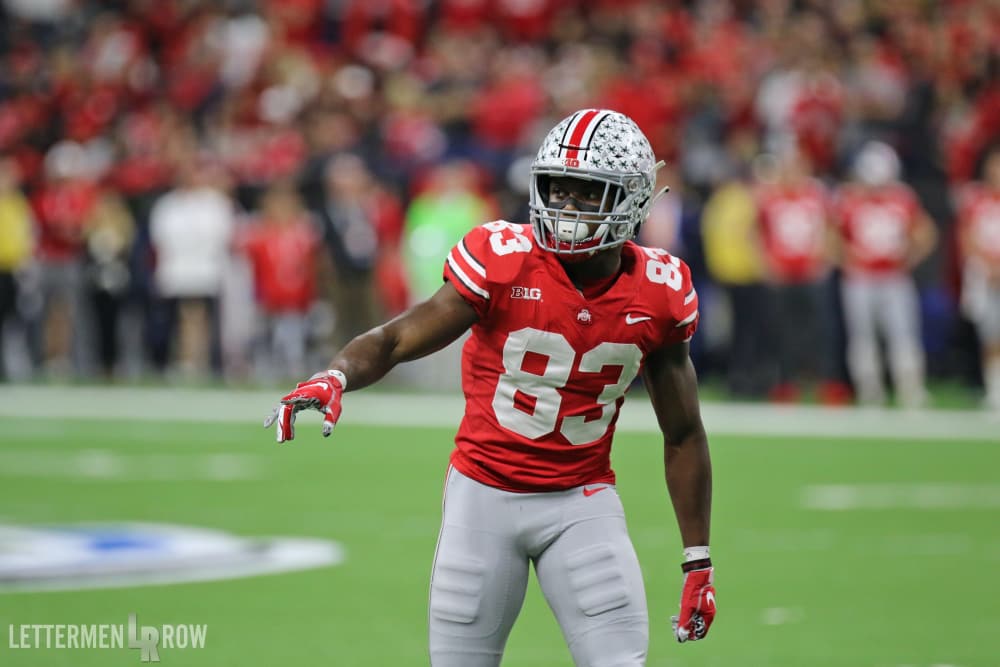 â€œTerry McLaurin may not have had the standout numbers that he might ideally had at a smaller school,â€ Scott said of the recent Ohio State standout, who shined as a rookie this season with the Washington Redskins. â€œBut the thing I [noticed] was the development he was able to get. Regardless of what the numbers are, the development is going to be there. So when you get to that next level and you get into that next number where you are able to get those big numbers, you will.

Daste expects Scottâ€™s contributions to become a fixture for the Buckeyes.

â€œI think Gee is in a place, at Ohio State, where theyâ€™re going to get the most out of him,â€ Daste said. â€œWhatever that may be. Because itâ€™s not going to be an issue of work ethic or whatever.

â€œHe has all the skills, has a great relationship with Coach [Brian] Hartline, and thatâ€™s part of why he chose Ohio State. He just keeps at what heâ€™s doing, heâ€™s going to have success.â€

Gee Scott has already proved to be a success story — on and off the field.