The 5-star 2023 athlete, a linebacker prospect from University Lab High School, is seriously considering leaving it. He’s weighing that option despite the fact that his father Verge is a part of the LSU administration.

In order to go away from home, the country’s No. 32-ranked rising-junior has to feel like another place could be home. Following his first trip to Ohio State, he got that vibe in Columbus.

“Their staff makes it feel like Iâ€™m at home,” Ausberry told Lettermen Row. “My dad and I really enjoyed talking to [Ryan] Day. We had a really good, positive conversation. What stood out about him was his passion for his players and the game.

“He is a winner, and he knows how to develop his players for the next level.”

Ohio State offered Ausberry a scholarship during his visit to campus. He was a standout during his one-day camp workout with Al Washington and connected with the Buckeyes linebacker coach. 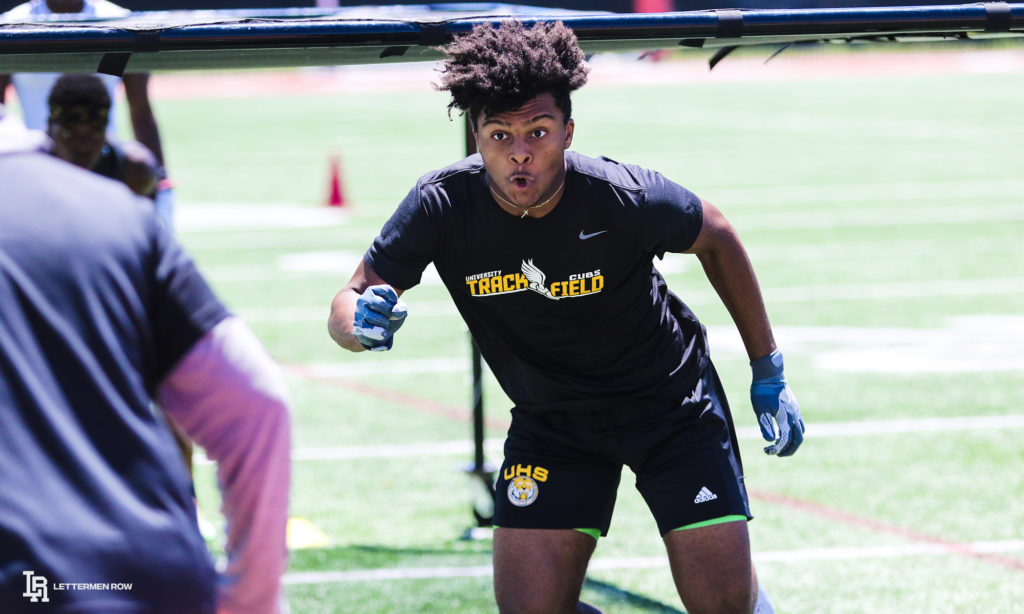 “Coach Washington left a really good impression on me — I love his coaching style,” Ausberry said. “He is so energetic and knows how to relate to us as young players. He helped me with my hand placement a lot and on my angles for tackling.”

Jaiden Ausberry has sixteen early offers. Alabama offered him a few days after Ohio State did. He’ll be a top national target throughout his recruitment and knows he’ll see a lot of cool things. One of those needs to be a game at Ohio Stadium this fall.

“Getting back there this season is a must,” Ausberry said. “Ohio State surprised me a lot. Most of the things I saw were like, insane. I had no idea the stadium was that big.Â  It was just a real honor and blessing to have a chance to be part of arguably the best college football program ever.”