The level of competition he faces in rural Pennsylvania isn’t the same as what he’s going to see in the Big Ten. He still has a year of development at the high-school level ahead of him before he can even enroll early with the Buckeyes. And once he arrives, the type of hands-on instruction he’s going to get from a former NFL wide receiver in Brian Hartline will be different than anything he’s experience in his career.

But Fleming is aware of that, which at least gives him the kind of perspective on what lies ahead that generally helps set him apart from other five-star recruits at a position that isn’t always known for selflessness.

“Yeah, I earned that spot, but I have to keep earning,” Fleming told Lettermen Row. “You have to stay humble about it, you canâ€™t walk around and just expect people to bend over and do whatever for you because youâ€™re the No. 1 receiver. When you really think about it, I didnâ€™t do anything yet. Iâ€™m still in high school. I have two state championship rings, what are those going to mean in a couple years? 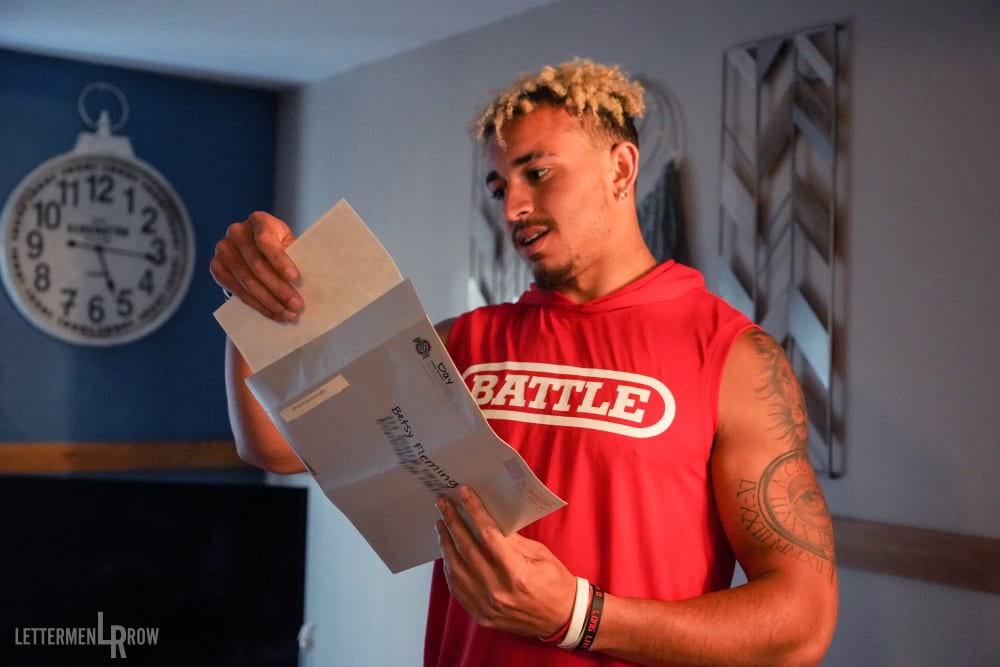 “Once college comes around, those rankings are gone. Itâ€™s just about who can play and who canâ€™t.”

Just about every school in the country recognizes Fleming’s ability to do it at the next level, and his final choice boiled down to the most elite programs in college football. There is clear star potential in his 6-foot-2, 215-pound frame, and his decision to entrust his future to Hartline, Ryan Day and the Buckeyes was a massive addition to the program.

So, how quickly might Julian Fleming be able to help Ohio State once he signs? What sets him apart from other receivers at the high school level? Just how gifted of an athlete are the Buckeyes getting? Former Ohio State wide receiver Evan Spencer fired up the highlights to break down Fleming and his future in the latest episode of BuckIQ.