COLUMBUS — If the expectations were too high in the first place, Keyshawn Woods only made it harder on himself with the way he started his graduate-transfer season at Ohio State.

The Buckeyes needed another scorer in the offseason, and the decision from Woods to spend his final year of eligibility had been celebrated for what he could provide a team in transition. He was a veteran presence, he could knock down jumpers and he had been battle-tested in the rugged ACC at Wake Forest.

Then he dropped 19 points in a huge early-season road win for the Buckeyes at Creighton that seemingly raised the bar for what he might provide for the program as it tries to head back to the NCAA Tournament for the second consecutive season.

But there have been a few snags since then. Woods has only scored in double figures four more times since that breakout performance, with only one of them coming since the middle of December. And while he’s absolutely not solely responsible for some of the recent offensive woes for a team that was just upset at home by Illinois, Woods was supposed to be a solution for an issue that certainly wasn’t unexpected in Chris Holtmann’s second year in charge. 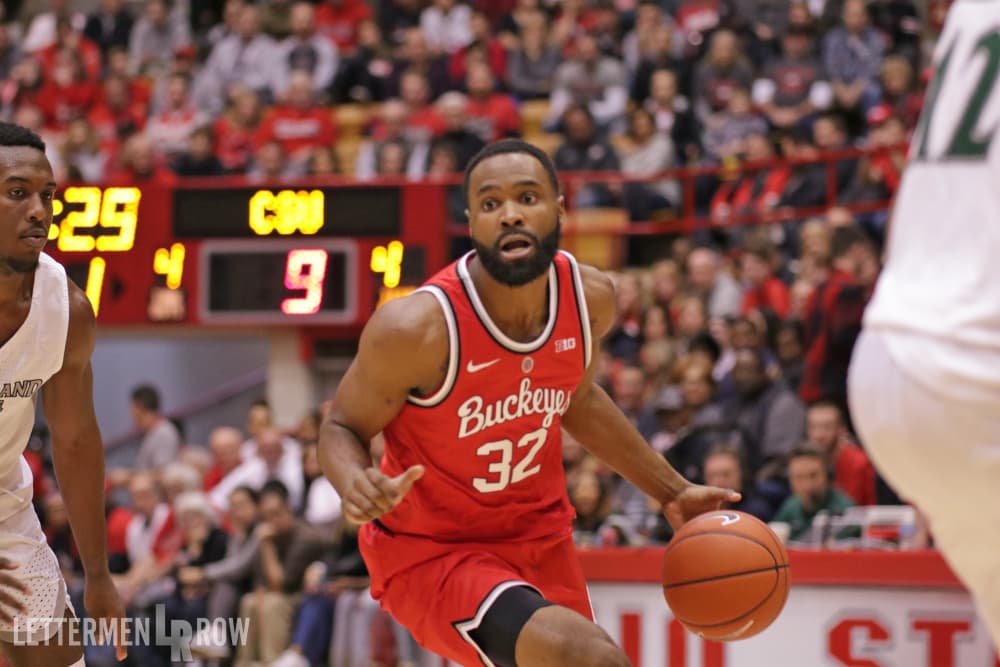 Ohio State could use more production from Keyshawn Woods down the stretch. (Birm/Lettermen Row)

“I think obviously we need that from him,” Holtmann said on Thursday. “He just had a little bit of a tough night, but he’ll bounce back.”

There have been flashes of the senior guard having that ability, of course, including his recent 11-point performance in a win over Rutgers. But if the Buckeyes are going to make a run to the postseason starting on Sunday at Michigan State, Woods is surely going to have to play a more prominent role.

As Lettermen Row looks ahead to that critical Big Ten battle on Sunday afternoon, former Ohio State standout Terence Dials was back in the film lab for a BuckIQ looking at the highs and lows for Keyshawn Woods and finding areas where he can provide a lift as Selection Sunday starts to creep closer.