The speculation, debate and conversations about Ohio State never end, and Lettermen Row is always ready to dive into the discussions. All week long, senior writer Austin Ward will field topics about the Buckeyes submitted by readers and break down anything that’s on the minds of the Best Damn Fans in the Land. Have a question that needs to be tackled, like the one today about Ohio State and the possibilities for K’Vaughan Pope as part of Linebackers Week? Send it in right here — and check back daily for the answers.

Do we think Reid Carrico makes the 2-deep? Could Craig Young be the next Baron Browning and grown into a rush OLB?

Ohio State almost certainly won’t need any extra help with the pass rush, so Al Washington isn’t going to need to loan out some linebacker versatility like he did occasionally with Baron Browning.

If anything, the Silver Bullets are looking to the back instead of the front with the athleticism they have on hand, which is why Craig Young was spending individual drills with the safeties during spring camp. Young might take the torch from Browning as the most position-flexible member of the unit this season, and he’s absolutely going to be a key part of the rotation for the Buckeyes.

But if there’s anybody who might benefit from spending a few reps with the Rushmen and learning from Larry Johnson, maybe that’s the path that finally leads to a role for K’Vaughan Pope. There has never been any question about Pope’s speed, he’s progressively added strength throughout his career and he’s shown that he can be an opportunistic playmaker at times off the bench. It hasn’t translated to a regular spot in the rotation at linebacker heading into his senior year, and that’s still far from a sure thing heading into training camp. But that certainly doesn’t mean there isn’t a way to tap into that potential before it’s too late. 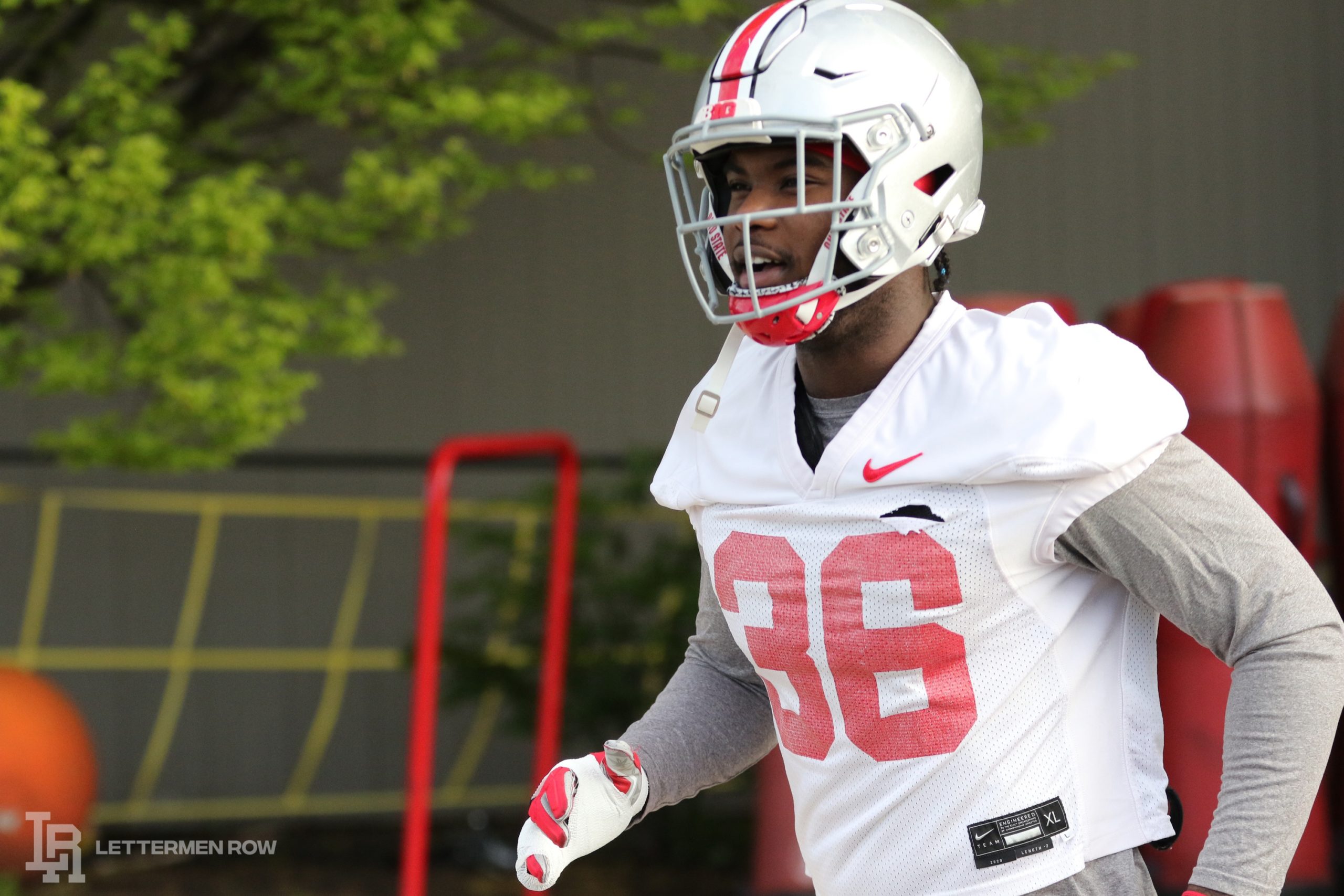 Pope isn’t quite as big as Browning, checking in a couple inches shorter and about 15 pounds lighter. From that perspective, maybe the standup work on the edge doesn’t seem like as natural of a fit as it did with Browning — though Pope can certainly make up for it with his speed and mobility. Even with a couple interceptions in his career, Pope has never appeared to be a great fit dropping into coverage, which is why guys like Young or Kourt Williams are tabbed as the favorites in the Bullet role.

But Ohio State has shown a willingness to experiment to get the most explosive players on the field, and Pope has a tantalizing skill set that can be dangerous if the right fit is found. He’s been patient waiting his turn, so his experience in the program also means he shouldn’t be ruled out from simply claiming the starting job that has eluded him for the last few years. There are numerous examples of veterans finally having the light turn on when faced with a make-or-break season, and the relative lack of depth at linebacker means the opportunity for Pope will be there for the taking.

After making a handful of flashy plays off the bench two years ago, Pope slipped out of the picture by only making two tackles all of last season. But both of those were tackles for loss — a reminder of how dangerous he might be when firing into the backfield.

Time is running out for K’Vaughan Pope to make the impact he and Ohio State both envisioned when he arrived. But it’s not too late for either of them to find a way to unleash his potential in the right spot.