Ohio State football recruiting can be a wild ride full of twists and turns as recruits from all over the country maneuver their way to signing day. Lettermen Row is here to help navigate the tumultuous roads by getting to the heart of the matter with the young football players and Ohio State coaches and staff members themselves. This week’s guest is former Ohio State head coach — and current Cincinnati Bearcats coach — Luke Fickell.

For almost 25 years Luke Fickell represented Ohio State football with class, respect and an unbridled love for the Buckeyes.

Now the head coach at the University of Cincinnati, Fickell is working tirelessly to try and bring the Bearcats success similar to that he enjoyed during his time in Columbus as a player for John Cooper and as assistant coach under Jim Tressel and Urban Meyer. To do that, Fickell knows it’s important to maintain a good relationship with the Buckeyes and the current staff at Ohio State and he’s used those connections to his advantage since leaving the Buckeyes following the 2016 season. 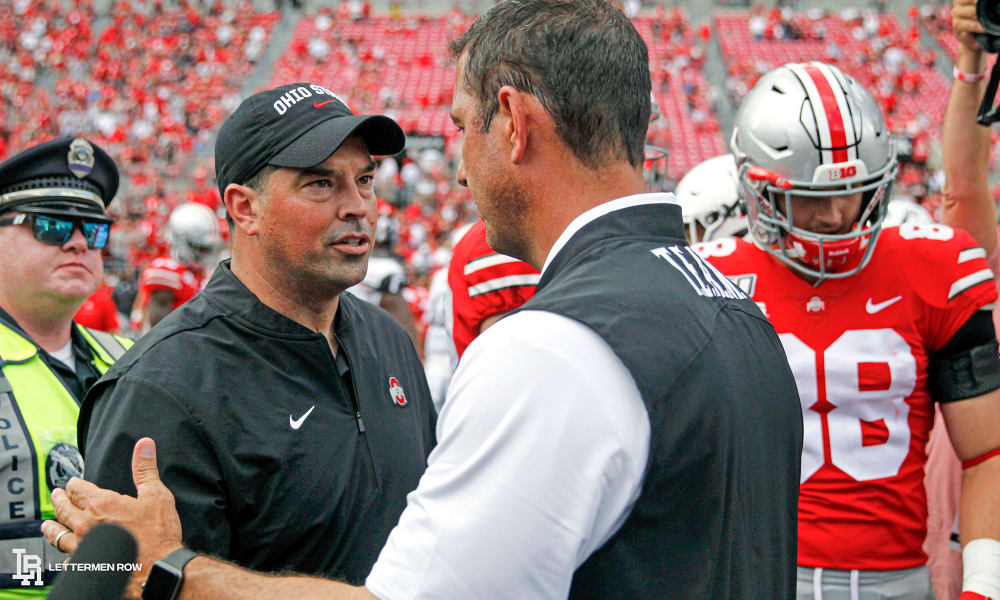 In his first season at Cincinnati, Fickell and the Bearcats won just four games — he says they should have only won once — but each of the last two seasons have produced 11 wins and a pair of bowl wins of ACC programs Boston College and Virginia Tech. Fickell has had multiple chances to leave for bigger programs, including a decision to turn down Michigan State earlier this year, but feels something special is being built in Cincinnati.

One day, Fickell says, he hopes that the Bearcats will provide enough competition to Ohio State that the friendly nature between the programs will be tested.

The long-time Buckeye talked about that task, his decision to stay at Cincinnati, the challenges of the Covid-19 pandemic and a whole lot more in the latest episode of Birminology on Lettermen Row.