A wrestling injury coerced Luke Wypler to display his physical versatility along the offensive line.

â€œLuke was always helping out the younger guys on the offensive line, like another coach,â€ said Wyplerâ€™s former position coach at St. Joseph, Frank Coccaro. â€œHe was showing them step work, showing on film: â€˜This is what he means by double-team to this back-side linebacker.â€™

â€œHe actually kind of already helped mold the younger kids on the offensive line. He could coach the second-team tackles, and I could focus on guards and tackles.â€

For two years, the 6-foot-3, 280-pound Wypler was the starting left tackle for the Green Knights. The wrestling mishap precluded Wypler from getting into a proper set at left tackle moving into his senior season last fall, so he switched to anchor the right side of the line.

â€œI think it speaks volumes of his character, that heâ€™s not a me guy, and is all about the team,â€ Coccaro said. â€œNever once put his career ahead of team. When he went to right tackle, he struggled in the summer but just kept on working. 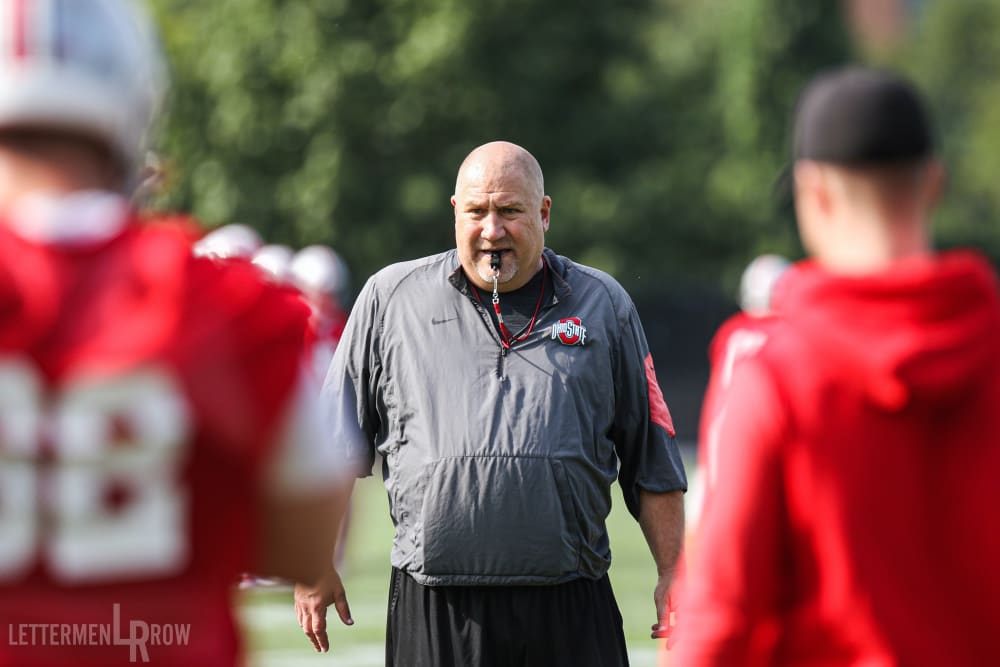 â€œWhen our center went down, Luke went to center. In high school football, the center is not as big a part of what the offensive line is asked to do, but we did a couple things to pull him into open space because heâ€™s so athletic.â€

Wyplerâ€™s team-first approach already has been on display inside the Woody Hayes Athletic Center.

â€œHis sophomore year, I forget who weâ€™re playing, but Lukeâ€™s at left tackle and we run zone to the right,â€ Coccaro said. â€œHe takes the backside-linebacker for a damn ride, I mean he finished him and drove his ass 10 yards down the field.

â€œHis junior year against DePaul, he literally took a kid upfield 10 yards and then drove him straight to the sideline. Iâ€™ve got a lot of that stuff from Luke.â€

Luke Wypler already has displayed leadership, at least among his class, for the Buckeyes. He was among the first verbal pledges in the 2020 haul — committing in summer 2018 to then-coach Urban Meyer — and quickly bonded with fellow prep All-American Paris Johnson Jr.

â€œMe and him were some of the first guys to commit in this class in 2018,â€ Wypler said of his bond with Johnson. â€œMet on a visit to Stanford early in our process as well. We were texting, every week Face-timing, and weâ€™ve been very close.

â€œWeâ€™re roommates, and weâ€™re building our friendship and our brotherhood.â€