COLUMBUS — The glimpses at the speed, vision and raw potential of Marcus Crowley are all clear when he gets the chance to step on the field for Ohio State.

But it’s the fact that he’s already been out there in six games that really speaks volumes about how the Buckeyes view the freshman running back.

Crowley is already past the threshold for potentially retaining his redshirt under NCAA rules heading into November and a matchup on Saturday against Maryland, which is revealing for a number of reasons. First and foremost, Ohio State believes Crowley can help the offense now if needed. And with that decision already made, the next couple weeks against relatively light competition could provide a healthy dose of reps for him to keep building for an expanded role in the future.

“I think [Crowley and Steele Chambers] are going to be really good players here,” Ohio State running backs coach Tony Alford said earlier this season. “They’re hungry to learn, they’re getting better … and they’re learning what college football is all about. Just the attention to detail that’s necessary every single day — and not for just certain spurts within the day, but all day. How important it is to take care of your body and to study the game away from the field. 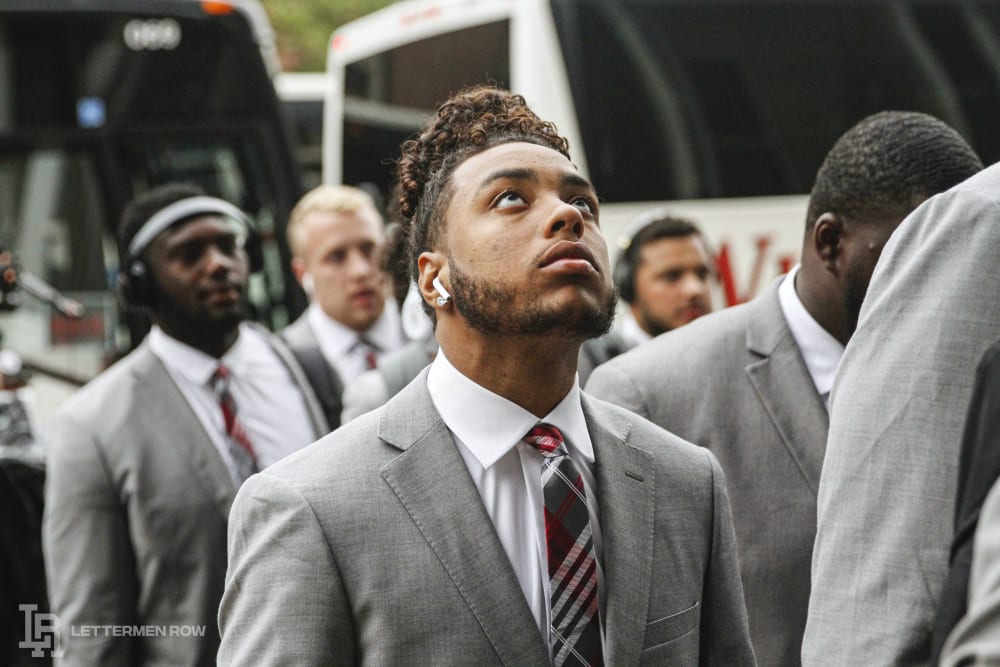 Ohio State tailback Marcus Crowley has impressed during his freshman season with the Buckeyes. (Birm/Lettermen Row)

“I’m very pleased. I think they’re both going to be really good players for us here at Ohio State for years to come. We’re just going to continue to work and get better.”

Crowley has seemingly pulled ahead of his classmate Chambers at this point. So far, that’s given him the chance to touch the football 18 times during his first year on campus, turning that workload into 162 yards and a touchdown. Obviously those are relatively modest numbers and have come in lower-pressure situations, which should be expected since Ohio State can lean on both J.K. Dobbins and Master Teague on top of the depth chart while Crowley competes with Demario McCall behind them.

The Buckeyes have been high on the Florida native since he signed, though, believing they had uncovered something of a recruiting gem thanks to a rating that perhaps didn’t match up with the talent they saw on the field. And everything he has done when given a chance has reinforced that during his first year on campus, helping load up the pipeline behind Dobbins with the expectation that the bell-cow tailback will be declaring for the NFL Draft after this season.

What makes Marcus Crowley such an intriguing option for the Ohio State backfield down the road? How has the freshman maximized his chances to play for the Buckeyes so far? Where could he potentially help the nation’s top-ranked team down the stretch? Former Ohio State and NFL standout rusher Beanie Wells was in the Lettermen Row film lab to break that all down and answer those questions in the latest episode of BuckIQ.