Ohio State running backs coach Tony Alford was standing on his sideline in Murfreesboro, Tenn., some 20 miles southeast of Nashville. And he was seeing quite a show, because above all, Watson remembers the punishment being doled out on the practice field that afternoon by his star pupil, tailback Master Teague.

â€œHe always practiced hard, but somebody somewhere put it in his ear that physicality was something people wanted to see,â€ Watson, Teagueâ€™s head coach at Blackman High School and now an assistant at rival Oakland, told Lettermen Row. â€œCoach Alford, the day he was there, Master ran with a harder and more physical nature than Iâ€™d ever seen out of him.

â€œYou could tell he just really wanted that Ohio State offer. How physical he ran — instead of outrunning guys, which he could do, it was almost like he turned and looked for contact. I think he was trying to answer any question. How can someone whoâ€™s such a good kid off the field, does he have that mean streak on the field? I think he answered it that day, and Ohio State offered a couple days later.â€

Teague committed, signed with the Buckeyes and now is carving a role as a complementary piece to the sensational J.K. Dobbins. The 5-foot-11, 220-pounder is coming off his first career 100-yard game after the 106-yard outburst in Ohio Stateâ€™s throttling of Indiana last Saturday to open Big Ten play.

â€œHis dad [Corey] and I and [Tennessee coach] Jeremy Pruitt all played college football together at Middle Tennessee, and so Iâ€™ve known his dad since about 18 or 19; I knew of Master since he was coming up through middle school,â€ Watson said. â€œAs a youngster, you could tell he had that good speed, but he wasnâ€™t near the size or physical player he is now.

â€œMaster always had that outstanding character, high morals and he was very unwavering in what he believes and how he acts and the influence he tries to have on others. Heâ€™s changed a lot physically, but he hasnâ€™t changed what he believes in.â€

Teagueâ€™s example is something Watson uses in his programs to this day.

â€œFirst of all, when Master does things right way, it sure gives you a leg to stand on when talking to players about doing things the right way,â€ Watson said. â€œKids and society in general are kind of cynical, and people are looking to take shortcuts to success.

â€œMaster just does everything right, believes in the right things and is successful. His work ethic is outstanding, always putting in extra time. Weight room, speed training, everything you could ask of someone to do and probably even more. He goes above and beyond, and it just gives more credibility when youâ€™re stressing that to other players.â€ 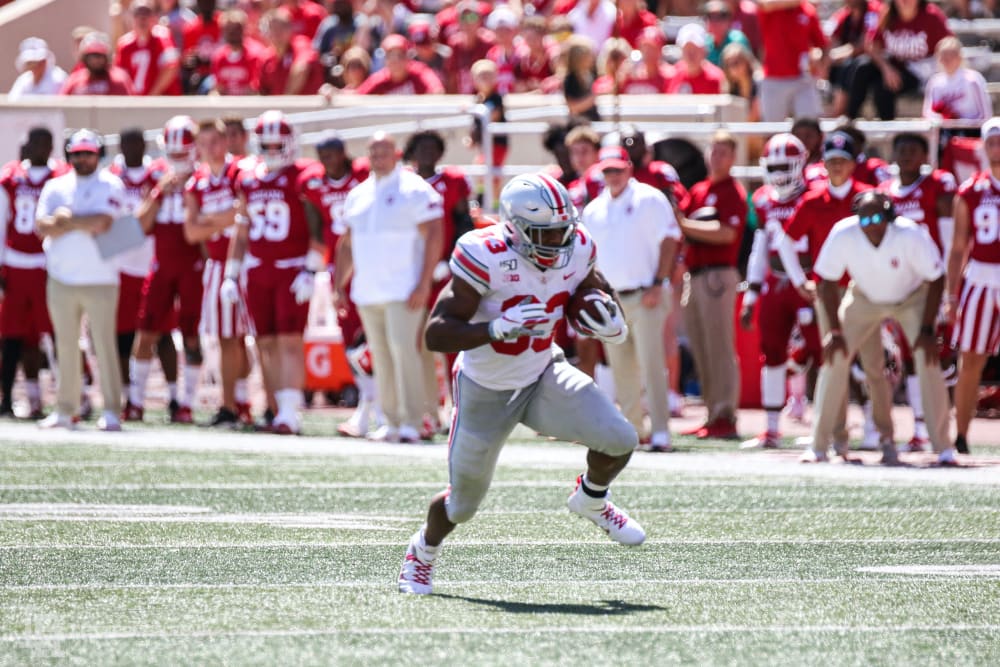 Teagueâ€™s physical gifts, however, arenâ€™t to be overlooked, Watson said. He remembers Teagueâ€™s scintillating 200- and 300-yard playoff explosions. A 2,000-yard, 25-touchdown junior campaign. And his willingness to carry the team on his back until a senior season injury.

â€œIn a first-round playoff game, I think he had a 93-yard run when we were backed up on our end,â€ Watson said. â€œWe ran a power play right up the middle against a loaded box, he broke the line and outran everybody and was gone. Against Bradley Central in second-round game, he had a a big third-down run on a draw. He didnâ€™t break for touchdown but that drive led to the game-winning kick instead of overtime.

â€œI wish he had been able to stay healthy his senior year, because at that time he was playing as well as anybody in state. It would have been fun to see what we could do as a team.â€

Teague, now, is coming into a potentially steady role for the Buckeyes. Heâ€™s healthy, two years removed from the ankle injury that short-circuited his final year in high school, and heâ€™s working to show why he picked Ohio State amidst a litany of college football powers.

Alford and the Buckeyes are still seeing that same physical approach from Master Teague up close and personal — and he’s only getting started.