COLUMBUS — There was never any doubt that Master Teague would get tough yards for Ohio State.

The redshirt sophomore tailback is perfectly built for short-yardage or goal-line battles: Powerfully built, relentlessly determined and completely unafraid of contact. So, the Buckeyes were never going to have any concerns about Teague in those situations.

But to become the full-time, bell-cow tailback at a school with an incredibly rich tradition at that position, the Buckeyes understandably wanted to see a little more from him before handing over that gig. Last week’s win over Indiana was a step in that direction, as Teague has proven he can pick up blitzers, catch passes out of the backfield — and perhaps most important, pull away from defenders with top-end speed.

“That felt great,” Teague said on Saturday. “Shout out to the [offensive] line. They did a great job blocking it. 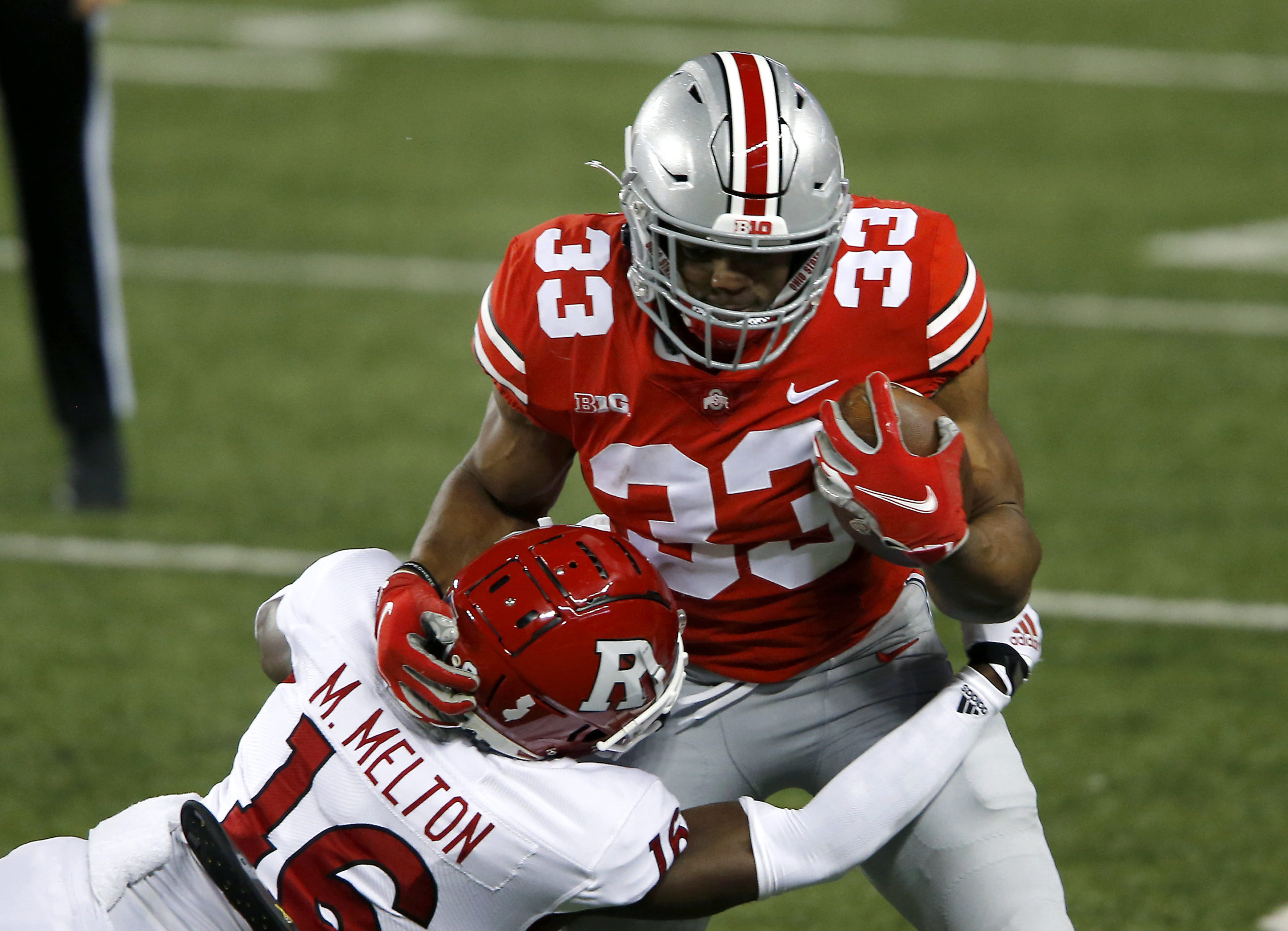 “That’s one part of my game that IÂ doÂ have — I have that capability as a home-run hitter. I just hadn’t been able to do that yet, so I was glad I was able to do that [against Indiana] and I’ll continue to do that even more.”

More chances are surely on the way for Teague after he stamped his claim to the top spot on the depth chart with his 26-carry, 169-yard, 2-touchdown outing for the Buckeyes a week ago. And while Ohio State will continue to work Trey Sermon into the rotation after he averaged nearly seven yards per carry as the complementary rusher, Teague finally breaking through with a couple explosive runs earned him the heavier workload — and a shot to keep that role.

Teague had already left no doubt that he wouldn’t be denied in one-on-one showdowns at the goal line. But now he’s provided some evidence that he’s also got the speed to make for a smoother entry to the end zone.

What is Master Teague doing well in his third year at Ohio State? How has the Buckeyes tailback improved and taken hold of the top role for the ground game? Where can Teague still find more yardage moving forward? Former Ohio State star running back Beanie Wells put on the tape and answered those questions for Lettermen Row in the latest episode of BuckIQ.