COLUMBUS — Finally Nicholas Petit-Frere can stop talking about his diet at Ohio State.

Now that his body is where it needs to be for the Buckeyes, all he has to worry about is feasting on overmatched defensive ends.

So far, so good for the former five-star recruit after three games as a full-time starter in his junior season with the program. Petit-Frere is earning champion grades, he’s teaming with bookend Thayer Munford to give up virtually no pressure — and Ohio State’s explosive passing attack is stretching the field thanks in large part to all the time Justin Fields is getting to deliver the football.

This is the version of Petit-Frere that was always projected for the Buckeyes. And he’s giving them all they could possibly need as the anchor on the right edge.

“I just try to play as hard as I can to help us win games,” Petit-Frere said. “Thatâ€™s the end goal of it all. Whatever happens, happens. As long as we do our jobs, thatâ€™s [the message] Coach [Ryan] Dayâ€™s been telling us and our coaches. 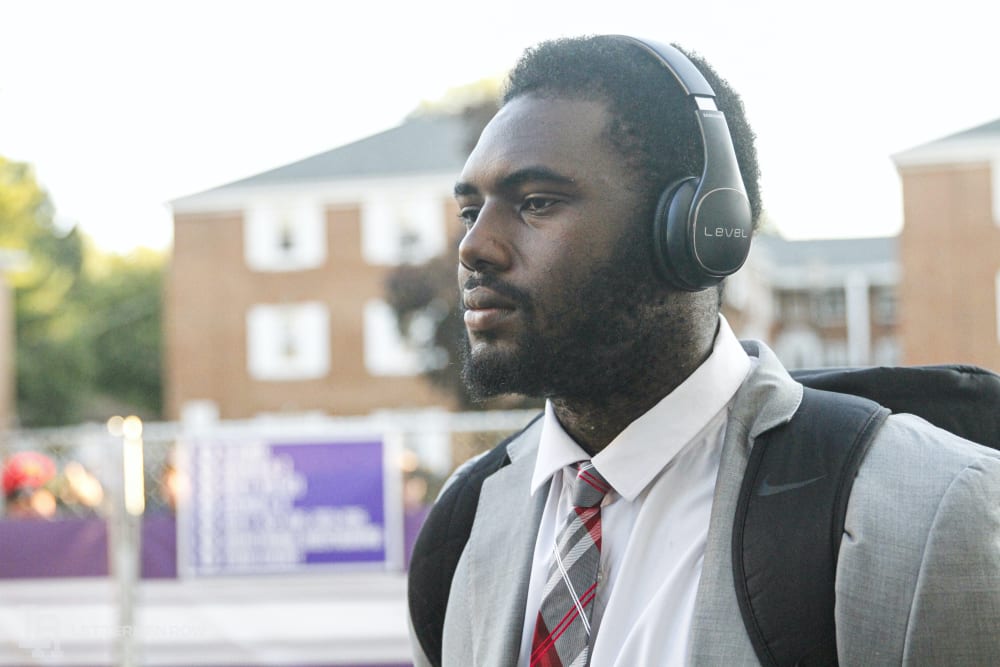 “As long as we do our jobs and we play as hard as we can, everything will work out for everyone in the end.”

Petit-Frere has been handling his tasks at an elite level, and that is directly leading to the booming success for the Buckeyes through the air. It can be easy to overlook the dirty work up front when Fields is putting on an aerial show and his receivers are stealing the spotlight in the end zone, but none of that would be possible without the offensive line dominating the line of scrimmage, building a comfortable pocket and stacking up knockdown blocks.

Somehow it always comes back to food with Petit-Frere, of course. But counting up pancakes on the field sure beats focusing on his calorie count any day.

What is fueling the rise of Nicholas Petit-Frere for Ohio State? How impressive has the pass protection been for the Buckeyes as the aerial attack explodes? What can the former five-star recruit still improve as his junior season progresses? Former Ohio State right tackle Reid Fragel was back in the Lettermen Row film lab to break down Petit-Frere and answer those questions in the latest episode of BuckIQ.