Have a question about Ohio State recruiting? This is the place for you, five days a week. Submit your questions on Twitter or on the Lettermen Row forums. Check-in daily to see what’s on the mind of Buckeyes fans all over the country. Thursday’s question about the 2021 linebacker haul and whether or not the Buckeyes are continuing to pursue any more players at that position.

Do the buckeyes have an interest in getting PG from USC after entering the transfer portal if Raesjon David sticks to his LSU commitment?

For the most part, Ohio State is done with its 2021 recruiting class. With the No. 2-ranked group in the country, the Buckeyes can rest comfortably knowing they’ve done a pretty sensational job in a very difficult recruiting cycle.

There are, however, a few big-time prospects who would be a take at any point of the process, and Mater Dei (Santa Ana, Calif) linebacker Raesjon Davis is one of those guys. He has been committed to LSU since Jan. 1, and the Tigers have had a pretty firm grasp on his pledge since. But the continued struggles in Baton Rouge on the field combined with a series of troubling issues within the Tigers program have given a number of folks reason to believe Davis is, at the very least, open to hearing from other schools.

Ohio State is absolutely one of those options, and it has been in very regular contact with the 6-foot-1, 215-pound linebacker since he made a quick, three-hour pitstop in Columbus in March before the Covid-19 recruiting dead period was initiated. Davis is also still considering Arizona State and USC, and the odds of a potential flip go upÂ if the country’s No. 4-ranked outside linebacker chooses not to sign in the December early signing period. After planning to do that for months, it seems he’s now reluctant to do so and has no real reason to since he’s decided against January enrollment with the hope of playing his senior year with the Monarchs, which is supposed to start next month. 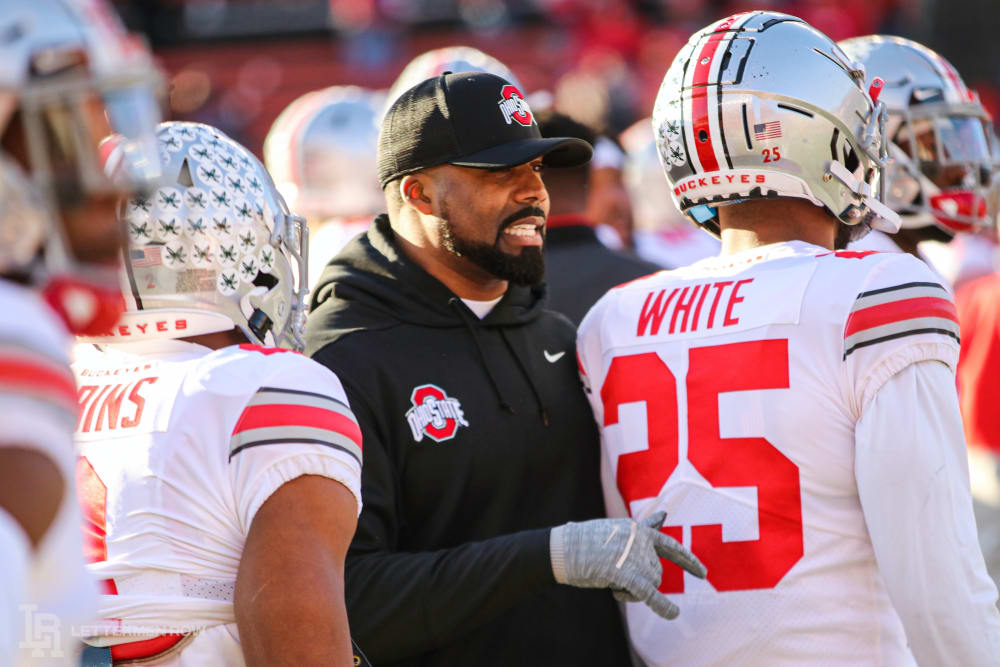 Al Washington has one 2021 commitment and three 2022 commitments coming into his position room. (Birm/Lettermen Row)

If he decides to wait on his signing — and that’s not 100 percent — the window for the Buckeyes, Sun Devils and Trojans opens up. The LSU recruiting class is taking some body blows in the last two weeks, and though Davis isn’t having his decision made by anyone else, it’s easier to walk away from a recruiting class when a handful of other kids are as well.

As for USC transfer Palaie Gaoteote, a former 5-star linebacker from Bishop Gorman (Las Vegas), there’s not yet been any real connection with Ohio State since announcing that he’s entering the transfer portal. Does that mean thereÂ won’t be? No, of course not. The Buckeyes have had their minds on a handful of other things right now, and worrying about discussions with potential transfers isn’t near the top of the current priority list.

Ohio State has one linebacker committed in 2021 — Reid Carrico — and three of the best in the 2022 class already verbally pledged. Though the Buckeyes will lose four senior linebackers after this season, position depth is very strong for Al Washington, and the Buckeyes can be selective if they’re considering adding anyone else.