COLUMBUS — Chris Holtmann will add to his Ohio State roster this offseason from outside of the high school ranks.

The Buckeyes didn’t even have to look outside the Big Ten.

Penn State guard Jamari Wheeler announced on Tuesday night he’s joining Ohio State as a graduate transfer. His decision puts the Buckeyes over the 13-man scholarship limit by one, meaning at least one player will leave the Ohio State program this offseason.

The 6-foot-1, 170-pounder will play one season in Columbus, using an extra year of eligibility given to him due to the COVID-19 pandemic. Wheeler was an All-Big Ten defensive team selection the last two years in State College. His ability to lock down an opponent’s top scorer is a reason why Ohio State coach Chris Holtmann went after him in the transfer portal.

Holtmann talked about the need for better defense in the final stretch of the Buckeyes season, which ultimately ended with a loss to No. 15 seed Oral Roberts in the first round of the NCAA Tournament.

Ohio State was in the mix for Wheeler along with UNLV, TCU, Wright State and Morgan State. His transfer comes on the same day the Nittany Lions announced Purdue assistant coach Micah Shrewsberry as their new head coach. 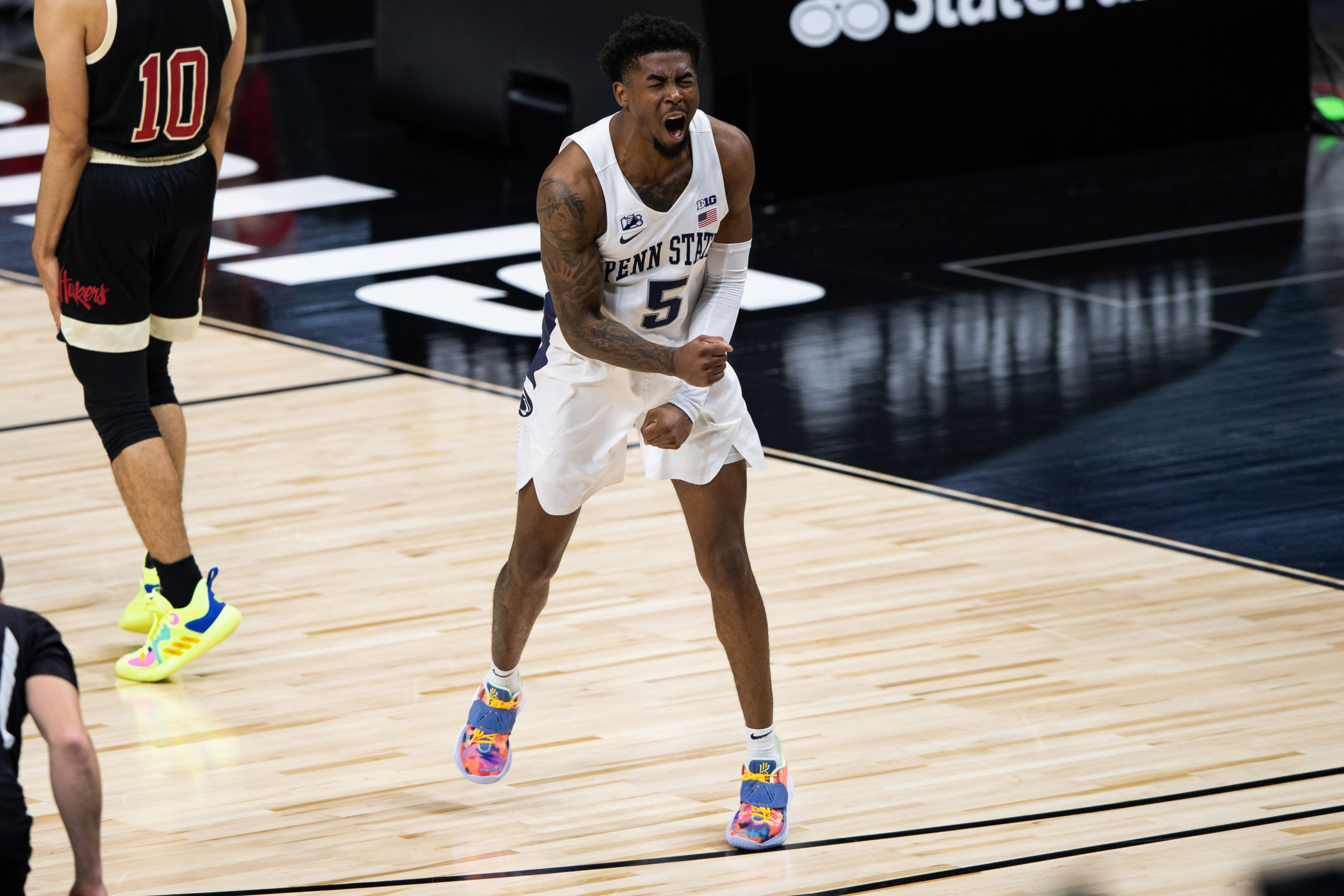 In Wheeler’s four seasons as a Nittany Lion, he played in 127 games and was a starter for the last three seasons. Known for his defensive skills, he finished his career at Penn State averaging 1.5 steals and 2.6 assists a contest. He also pulls down three rebounds per game. He averaged 6.8 points, 4.2 rebounds and 3.5 assists in 31.2 minutes per game this past season, including an 11-point performance at the Schottenstein Center in February.

Ohio State finished the season 21-10 and 12-8 in the Big Ten. The Buckeyes nearly won the conference tourney before falling short to Illinois in the Big Ten Tournament championship game. They struggled to close out games in the final three weeks of the season.

â€œWe all have to be responsible for not quite getting it done, and that begins first and foremost with me,” Holtmann said after the Buckeyes loss in the NCAA Tournament. Obviously youâ€™re a No. 2 seed for a reason, that means you put in great work throughout the season, you have a body of work that was really good. There were some tremendous moments this season.

â€œBy and large it was a special year â€” with a conclusion weâ€™ve got to lean into. Itâ€™s incredibly disappointing.â€