HOMAGE, Short North — During the Ohio State stretch run, Ryan Day kept reflecting on one pivotal quarter that proved to him what his team could handle.

The weather was sloppy. The opponent had one of the best defenses in the country and a powerful rushing attack. The score was tight and the stakes were high.

Wisconsin certainly threw a couple punches at the Buckeyes in late October and looked ready to give them a four-quarter battle in a game that doubled as a Big Ten championship preview. But Ohio State turned that second half into another blowout victory, and it learned plenty in that win that could be used to duplicate it on Saturday night in Indianapolis.

“I mean, it’s a rematch, so I know that’s rare in college football,” Day said at Lucas Oil Stadium on Friday. “I don’t think you make too much of it in the fact that you can’t all of a sudden just start changing everything you do. But you also can’t do the same exact thing you did before. There’s somewhere in between. That’s the balance you try to find, what kind of wrinkles can you show, but then allow the guys to play. 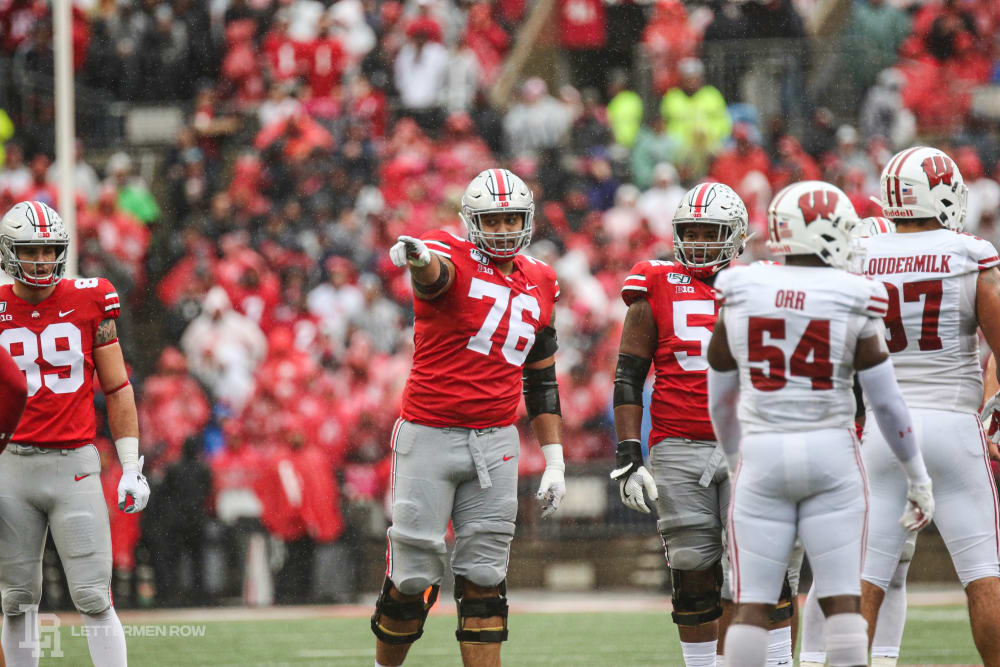 Ohio State already has one win over Wisconsin this season. (Birm/Lettermen Row)

“At the end of the day, in an environment like this, this type of atmosphere, it’s about players, not plays. Allowing these guys to play freely, have their impact on the game based on what you’re giving the guys, make sure they’re playing with a clear mind. That’s the most important thing to me in a game like this.”

There is no doubt which team has the more impressive collection of talent, and that certainly hasn’t changed since October. In fact, Ohio State is actually going into the second round against the Badgers healthier than it was back then, bringing a full complement of starters with it to Indianapolis and facing no game-time decisions after playing without dynamic defensive back Shaun Wade last week.

The advantage should belong to the Buckeyes again. Now it will be up to them to provide an encore performance with a Big Ten trophy on the line.

What set apart Ohio State in the first matchup against Wisconsin? How much can be gleaned from that meeting in bad weather with the rematch taking place indoors? Where can the Buckeyes find ways to improve from that first blowout win? Former Ohio State standouts Beanie Wells, Mike Doss and Boom Herron joined Lettermen Row senior writer Austin Ward for the first Live BuckIQ at HOMAGEÂ in the Short North to find those answers.