COLUMBUS â€” There are three Ohio-born starters on the Ohio State defense, kids who grew up in the Buckeyes backyard with dreams of winning a national title with the program.

For Justin Hilliard, Jonathon Cooper and Marcus Williamson, the road to Monday night’s College Football Playoff Championship Game against Alabama was not always so ethereal.

As key members of the 2015, 2016 and 2017 Ohio State recruiting classes respectively, each ranked inside the top-25 players at their positions, none of them could have imagined the twists and turns their careers would take. For Hillard, in his sixth season at Ohio State and Cooper in his fifth, Monday night will be the final game in a Buckeyes uniform. At this point, the idea of them leaving Ohio State is surprising, even to family members.

“I’m so surprised I’m getting a lot of these questions,” Hilliard said Wednesday after practice. “Even some of my family asked me recently if I’m staying for a seventh year. I mean, at this point I completely have the intentions on this being my last game. It’s been an incredible journey, but I just don’t know how much more I can give to Ohio State.”

Hilliard’s body has been through the ringer. He’s suffered multiple season-ending injuries and has finally proven to himself and to others what he’s capable of doing when healthy. After the longest year anyone has ever experienced, one that began with him contemplating a graduate-transfer in the spring, bringing home a championship trophy is the only item left on the Cincinnati-native’s to-do list.

“That’s one of the main motivators [of] how I stayed here so long and how I pushed through, is the family, the friends, the teammates I have here in Ohio,” Hilliard said. “I think it would be so special to bring one back again.” 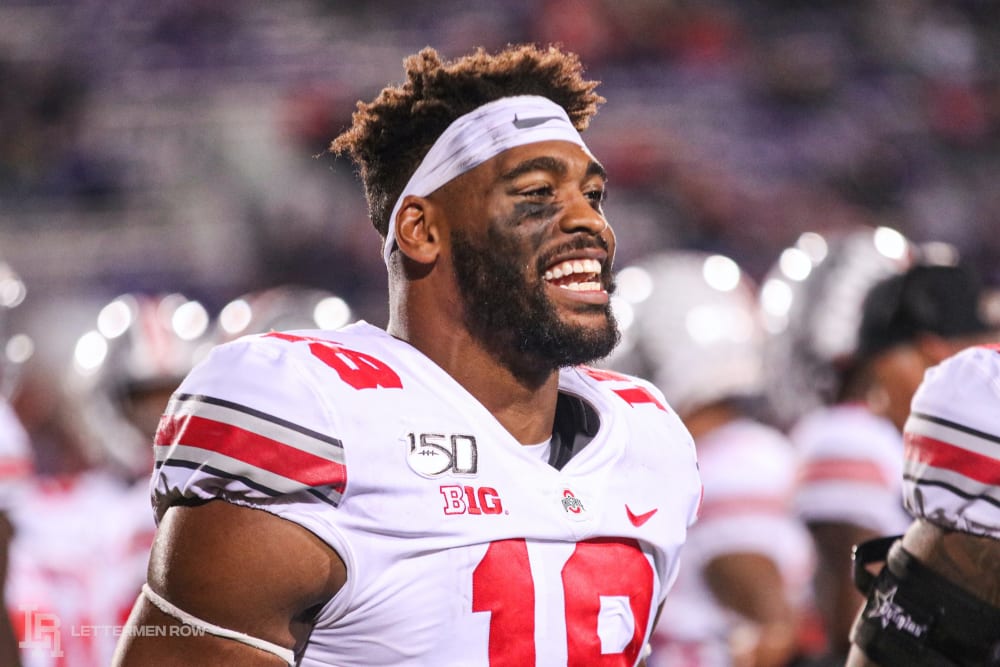 Jonathon Cooper has been the emotional leader of the defense for much of his Ohio State career. (Birm/Lettermen Row)

Jonathon Cooper chose to sit out last season’s game against Clemson so that he could come back for this year. Hindsight being what it is, maybe that wasn’t the best choice — but the defensive end from Gahanna isn’t looking backward or past Monday. Doing either would cloud what needs to be a laser-fine focus on the Alabama offense.

“It’s special being from here, growing up here, being an Ohio State fan,” Cooper said. “But you know, the job is not finished here. I feel like I’ll reflect on all that stuff later on, but right now my whole entire focus is on beating Alabama and playing our best game as a defense and being that leader for my defense and the team. That’s where all my focus and all my energy is towards. I feel like after everything is said and done, I’ll reflect on actually playing in a game like that or being a Columbus kid and having this opportunity.

“But for right now, our whole entire main focus and goal is on Alabama.”

Cooper has been a regular contributor on defense for the Buckeyes since he arrived alongside Nick Bosa in 2016. Marcus Williamson, who came to Ohio State in the same class as Jeffrey Okudah and Shaun Wade, has had to wait a bit longer for his opportunity. That’s come in spades this season with the Westerville South product starting every game for Kerry Coombs, but this season hasn’t gone to plan. Williamson had serious early-season struggles, and even though he and the rest of the Ohio State secondary appear to have begun correcting some of those issues, it’s weighed heavy on him. 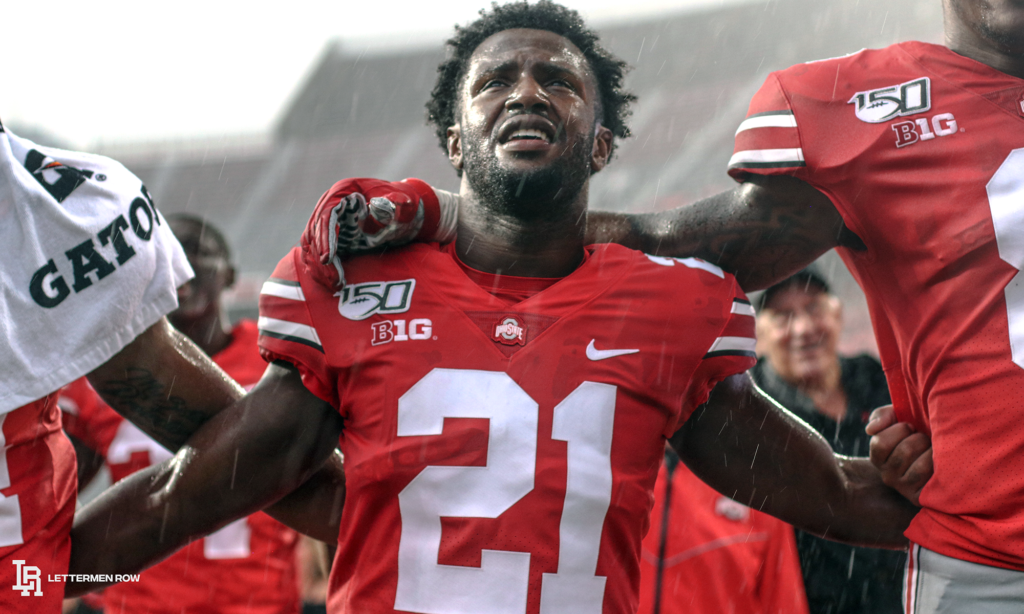 Marcus Williamson is getting his first regular role for Ohio State in his fourth year with the program. (Birm/Lettermen Row)

“This year as a whole has just been wild — to finally reach this point to where we’re playing for it all, you can’t write a better story than that,” Williamson, who announced Wednesday that he would return for a fifth season at Ohio State, said. “I think it brings a new level of excitement to our team, just knowing how much we’ve been through as a whole. I’m sure the outside world maybe won’t know how much has really gone on inside these walls, but we’re all extremely excited to have something to show for all the perseverance that we’ve showed throughout the year.”

For the homegrown Buckeyes defensive starters, it’s been much more than this year or this season that they’ve needed to persevere through. It’s been a series of injuries and countless other bumps in the road, it’s been battling for playing time and more than that, battling the doubts that hard times bring.

“I’ve had so many times,” Hilliard said. “Where I didn’t know if I was going to be able to push through … after injuries started stacking up, I had those thoughts in my mind: ‘Was I going to keep playing?’ I think a lot of times when you have like three or four season-ending injuries, a lot of people usually call it quits.”

There’s never been any quit in Justin Hilliard, Jonathon Cooper or Marcus Williamson. Now their dreams of winning a national championship for the Buckeyes could be just days away from coming true.