INDIANAPOLISÂ — Marcus Hooker will not see his Ohio State career end with a dismissal from the program.

A former starting safety and younger brother of a former Buckeyes secondary star, Hooker was charged for operating a vehicle while impaired this spring and immediately indefinitely suspended from the Ohio State program. The arrest marked theÂ second time the former three-star recruit was faced with an OVI charge.

On Friday afternoon at Big Ten media days, Ohio State coach Ryan Day stated Hooker will not be leaving the program and his suspension has been lifted. After missing spring practice while on suspension, he has rejoined summer workouts and is preparing for training camp.

Hooker was seen in the Woody Hayes Athletic Center during recruiting camps throughout June working out with teammates. A member of the highly touted 2018 recruiting class, he has a light recruiting profile and was just a three-star recruit. With some of the trademark athleticism and ball-hawk skills that made his brother Malik a first-round NFL Draft pick, the Buckeyes thought Marcus could develop into a similar-type player. 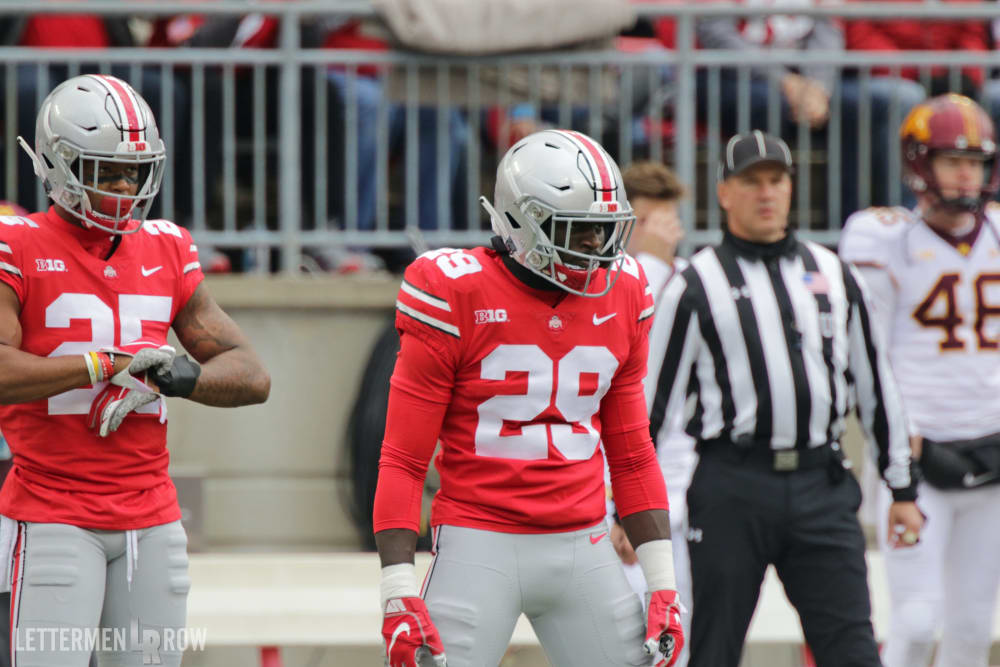 Ohio State safety Marcus Hooker has been will challenge for a starting job this fall. (Birm/Lettermen Row)

The results have not been there, however, there have been some flashes of potential. He started four games last season in the Buckeyes secondary, racking up 15 tackles, an interception and a fumble recovery. He began the season as a starter in 2020 but failed to lock up the job, fading down the stretch while Lathan Ransom, Ronnie Hickman, Bryson Shaw and Kourt Williams emerged.

There’s no doubt that Hooker has had an up-and-down career ever since he started off with his first OVI before arriving on campus. Trying to follow in his brother’s footsteps might be too high of an exception for the safety. This spring was set to be a key spring for him as he tried to claw his way back up the depth chart. He missed out on the opportunity, but Ryan Day is giving him a final chance.

Marcus Hooker is officially back on the Buckeyes roster. He has not been dismissed. Instead, he will provide key depth to an Ohio State secondary focused on bouncing back from a national title game disappointment.