After a wild week of moves on that side of the football that has seen changes at every spot except the defensive line, the Buckeyes announced the hiring of former Maryland assistant Matt Barnes on Thursday. Another coach with ties to both Michigan and Florida, Barnes will become the special teams coordinator for Ohio State and also serve as an assistant coach in the secondary.

“Matt is young coach who has really done a great job at Maryland,â€ Day said in a school release confirming the hire. â€œHeâ€™s an energy guy who has considerable knowledge of the Big Ten Conference plus experience coaching in the Southeastern Conference. Heâ€™s going to work well with our staff and Iâ€™m pleased to have him on board.” 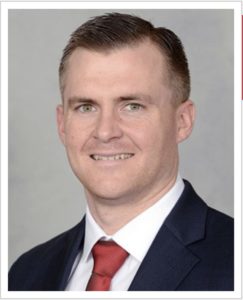 Barnes spent the last three seasons with the Terrapins coaching linebackers, and he helped develop a couple of the most productive tacklers in the Big Ten — including standout Jermaine Carter. He also added a role leading the special teams last season, continuing some of the work that initially launched his career when he was a graduate assistant at Florida.

From there Barnes spent a season at Michigan as a defensive analyst, continuing a trend with Day as he’s raided the Ohio State rival for a couple of the program’s most important staff members and recruiters. The new coach has wasted little time completing his coaching staff, beating an unofficial deadline to have a full group available when the recruiting dead period ends on Friday.

The Buckeyes can certainly use a clean slate on defense after posting one of the worst statistical seasons in program history this season. But Barnes and the new coaches are inheriting no shortage of talent to work with, particular at safety with Jordan Fuller electing to return for his senior season and Brendon White emerging as a starter late last year.

Stick with Lettermen Row as the Ohio State news continues to develop.