COLUMBUS — Terrelle Pryor is ready to fight for his record-breaking Ohio State career to be reinstated.

Pryor issued a letter Tuesday morning along with DeVier Posey, Dan Herron, Mike Adams and Solomon Thomas to the NCAA and Ohio State. The five former Buckeyes had their careers suspended for selling memorabilia for tattoos over a decade ago.

The group, referring to themselves as the Tattoo 5, called for the wins from the 2010 Ohio State team to be reinstated. Ultimately, the tattoo scandal resulted in Ohio State coach Jim Tressel’s resignation — with the entire situation looking worse in hindsight after the NCAA finally granted Name, Image and Likeness right to players this summer.

The letter comes less than two weeks after Ohio Gov. Mike DeWine issued an executive order and an interim policy was passed by the NCAA, allowing student-athletes to turn profits based on their fame.

“Now that the fundamental right has been granted to a new generation of athletes,” the letter states. “Now that they have finally have the freedom to share in some of the millions of dollars in revenue they generate for their coaches, their institutions and the NCAA as a whole, we would like to see our hard won accomplishments reinstated.

“We are calling for our school records and legacy to be restored so that Buckeye Nation can look at us with the same love and fondness that we’ve always had for them. We look forward to one day telling our story and the Tattoo 5 forever being a legitimate part of Ohio State’s glorious history.” 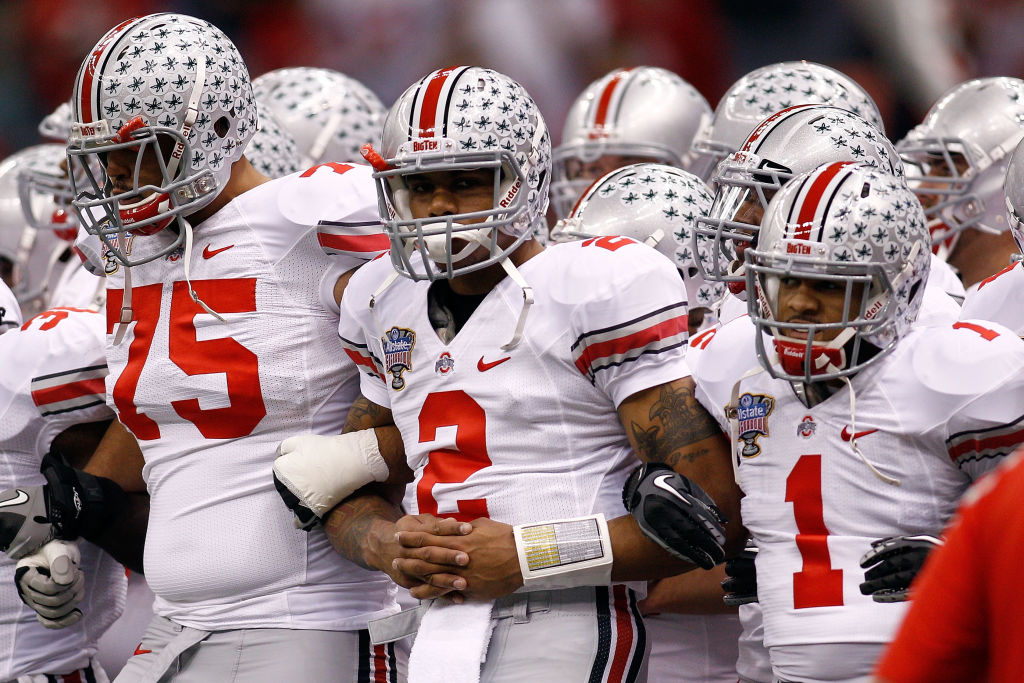 Ohio State and the NCAA do not recognize Jim Tressel’s wins from the 2010 season. (Chris Graythen/Getty Images)

The 2010 Buckeyes pieced together 12-1 season that included a Big Ten title, a Sugar Bowl victory and saw Pryor rewrite the Ohio State record books. Posey put himself in the top-five career all-time receiver statistics and Mike Adams was an All-American. Daniel “Boom” Herron had one of best seasons at running back Ohio State has ever seen, too.

Currently,Â all individual and team records from the season are not recognized by Ohio State. In result, career stats from Pryor, Posey and Herron are wiped out and the victories from the 2010 campaign do not count in Tressel’s official win count.

If Terrelle Pryor and his former teammates have their stats reinstated are unknown. But they have made their intentions clear, and now Ohio State and the NCAA will have to make a decision.