Last week’s game against Arlington Bowie ended in our favor, 58-33. So, we’re now 2-1 this year. Their defense didnâ€™t have an answer for what we were doing, and our sophomore quarterback is throwing it around like a seasoned veteran. I had a good game, catching seven passes and scoring two touchdowns.

With that game behind us, it’s now time for the Homecoming festivities to begin. Everything people hear about Homecoming in Texas is true. Itâ€™s a big deal here. Every day this week at school thereâ€™s a theme for the students to dress up, and Wednesday evening there will be a parade through town.

Afterward, as we do every Wednesday, the offensive position players will have dinner together over at a player’s house. Itâ€™s usually a high-carb pasta meal, and it’s a good chance for us to just hang out. It’s something I look forward to.

Our locker room will be decorated Thursday. On Friday, the girls will wear huge mums. We will wrap up the school day with a pep rally, and then itâ€™s time to lock in for Friday Night Lights against state-ranked Arlington Martin.

I’m confident that we’re going to get the win, and then weâ€™ll have our weekly team dinner after the game. We really like our routines, and it ends with our normal Saturday morning: Film study and weights.

After we’re done there, itâ€™s the Homecoming Dance on Saturday night. I’m really excited for it. This year itâ€™s at the Hyatt Hotel in downtown Dallas. I wanted to go to my last dance with my best friend, Sherman. Weâ€™ve been boys since elementary, and it’s a great high school memory. I got my suit yesterday, and the plan is to dance with every girl there. We’re going to have a lot of fun.

I also took my cap and gown pics yesterday, so it’s been another busy week for me. Iâ€™m ready to finish up and start college, but it does seem surreal that itâ€™s around the corner. That’s why I want to make my final memories here count.

The weeks seem shorter than last. I have one English class left that Iâ€™m taking online in addition to my classes at school in order to graduate in December. It’s not easy to do all this at once but I know it will be worth it. 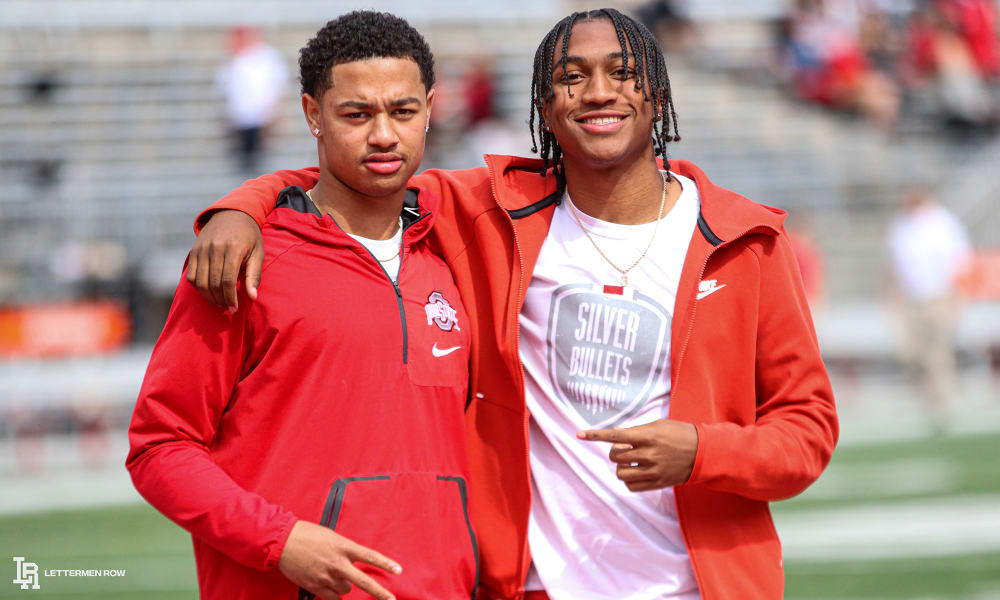 Graduating early is something that I stay in touch with Gee Scott, Julian Fleming, Mookie Cooper and Lejond Cavazos about. It’s good to have them to talk with about this process. I caught Lejâ€™s game on ESPN last weekend and thought my boy looked good out there. Weâ€™re all balancing football and the grind of grades and real life, and Iâ€™m looking forward to learning the game from their perspectives, getting better and pulling from each otherâ€™s strengths. That’s what being teammates is all about, because we’re all kind of unique and different.

I think people expect us to be the same, but off the field, Iâ€™m very low-key. I do not talk much. I tend to watch the same movies over and over, and I hang with a small group of friends. I will not be one of the most vocal guys in the locker room, but I know that I will be bringing hard work in the future to Zone Six.

I know the Buckeyes will get after it this weekend against Miami. The team is playing really well right now. I’m going to enjoy being a high school student.

Iâ€™ll let you know how the dance went next week. O-H!