Mesquite Horn came to Rockwall last Friday night, and we took care of business, winning 45-7. This was the best case scenario for me personally after getting hurt the week before.

The fact that we played well allowed me to take a full week off from my shoulder injury and focus on rehab and recovery — and to do it without feeling even worse about not playing than I already did. My shoulder is feeling better every day, and I will be ready to go this week versus our cross-town rival, Rockwall-Heath.

We refer to this game as the I-30 Classic because of Highway 30, which divides the city of Rockwall. What side of the highway you live on determines which high school to attend.

I actually went to elementary and middle school on the Heath side of town, and my older brother graduated from Heath, playing baseball and quarterback there. We moved to the Rockwall side of Highway 30 the summer before my freshman year. Because of that, I will be playing against many of my closest friends this week. The game is always intense and Iâ€™m looking forward to my first game of the season in actual fall weather and in front of a packed crowd. This game is a lot of fun for the entire city, and it’s another great memory to make for me.

I want this win to be a part of my final senior season.

Last weekend I was back in Columbus, and I’ll tell you what, Saturday in The ‘Shoe was incredible.

It was the best game-day atmosphere Iâ€™ve ever witnessed. The black-out, the band, watching the players run out — all of it gave me chills. It’s still crazy to me to think that I’ll be doing that soon.

I spent a lot of time with my guys, the other receivers like Julian Fleming and Gee Scott and also made sure to hang out with C.J. Stroud.

I met C.J. at The Opening in Dallas, and it was great to get to know him better this weekend. He has that West Coast swagger, calm and confident. He is a smart competitor, and I know he loved his time in Columbus. I hope he makes the right decision and commits. 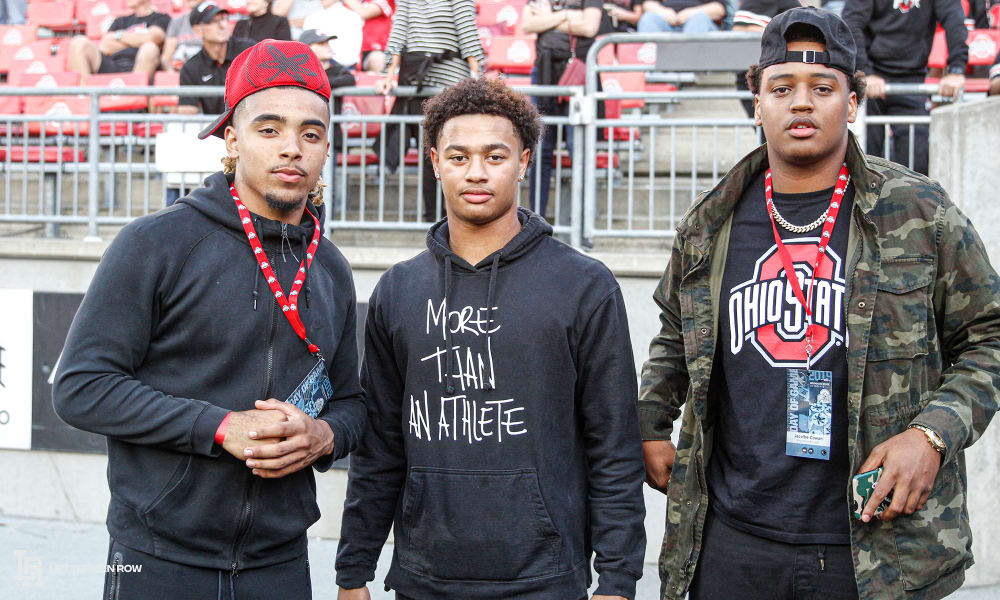 Though Saturday night was awesome, I had a very early flight to return home on Sunday morning. It was rough after a late night at the game and hanging with Gee, Julian Fleming, Lejond Cavazos, Jacolbe Cowan and Darrion Henry. We had the usual great time.

I plan to come back for my official on November 9.Â One month from today I’ll be back in Ohio, and then it’s just two more months until I enroll. I am glad I’ve had the chance to get to town twice this season already and am excited to go back again.

There was an anatomy project waiting for me at home, and honestly, I am not a science guy. Itâ€™s definitely my most challenging class, and my anatomy class will not be missed once it’s complete. I keep telling myself to get through it, though, because the window to graduation is closing. I have no time to slack in the classroom. It’s all about time management, that’s the focus.

Schoolwork, rehab, football practice and watching film. Those are my responsibilities and I’m taking them seriously.

I hope the Buckeyes enjoy their Saturday off. I can’t wait to report back after my Friday night win. Thanks for reading everyone. Back to class I go.