Reid Carrico ready for return to normal after odd summer

Ohio State verbal commit Reid Carrico, the country’s No. 2-ranked inside linebacker prospect in the Class of 2021, is set to embark on his final year of high school football.Â Hailing from Ironton,Â Carrico committed to the Buckeyes early in his junior season, made no visits to other schools and has become a leader in the nation’s top-ranked recruiting class. A 6-foot-3, 225-pound, prototypical inside linebacker prospect, Carrico grew up dreaming of wearing the Scarlet and Gray. As he looks toward the future, Carrico is sharing his final high school season with Lettermen Row in a weekly journal that will focus on football, family and anything else on his mind as he prepares for Ohio State.

It has been the weirdest summer of my life because of Covid-19.

One week my team might feel like we are having a season for sure, and then the next week it might seem like there is no possible way. In the years before this one, the summer would consist of our whole team working out at 7 a.m. in one group. This year we are split up into two groups at two different times of day, then the first group at 8 a.m. gets divided into three more groups and we stay away from the other group.

Fortunately, Covid-19 has not hit our area too bad, though. Itâ€™s definitely a good thing to live in a small town, and unlike some people, Iâ€™m not the least bit scared of the coronavirus. I think some people are just a little too glued to the internet and think whatever they see on there is gospel. Don’t get me wrong, I’m not saying it is a hoax. It does exist, but itâ€™s not the plague like some believe. I think if people are reasonable we can get through it. I usually wear a mask in public places, not because I am afraid I wonâ€™t survive it if I get it, but to protect my mom and other family members who may have underlying health problems. It is about common courtesy and common sense, I think. 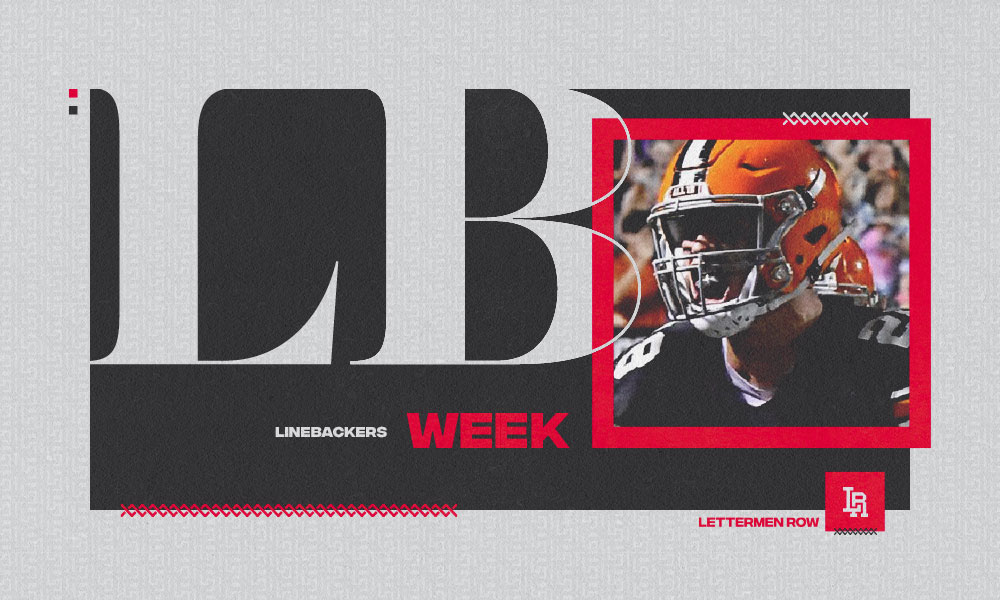 Reid Carrico has all the tools to be the next great Ohio State linebacker. (Sam Silverman/Lettermen Row | Photo via Reid Carrico/Twitter)

As for the training during quarantine — which we are finally out of, thankfully — I basically worked out by myself through the entire thing. I think it was just a way for me to work on self-discipline. I think I have good self-discipline already, but personally I donâ€™t think a person can have too much. You can always get more focused on your craft. My schedule through the entire thing was to wake up, get my school work done and then go workout. It worked for me, because I added about 75 pounds to my squat max. It wasnâ€™t an effort to see how strong I could get as a powerlifter or something, but more so to work on my legs and try to develop a thicker lower half. It also helped me add some good weight. I went from weighing around 220 or 221 pounds to weighing 227 or228.

Now I just hopeÂ  I get to use it this season.

The turmoil surrounding whether we are going to have a season this fall or not has brought up a very big question for me: Will I still early enroll?Â Well the truth is, I have no idea yet.

Part of me says leave for Columbus and get started early with getting developed. The other half says stay home and pursue another state championship run if football is moved to the spring. Throughout my career at Ohio State, fans will notice that I truly believe in loyalty to my team. Iâ€™d give up everything to play and be with my guys, and it’s that mindset that makes me want to stay home and play my senior season with Ironton.

I have played with my current teammates since flag football when we were five and six-year-olds. These guys mean a lot to me. If the season does get moved to the spring and I decide to stay home and play, I hope everyone understands why I did. If they donâ€™t? Well, honestly I donâ€™t care, because chances are they werenâ€™t a very good teammate when they were in school.

There is another hard thing about that decision, though. If I don’t enroll early, I wouldnâ€™t be able to start being coached by Coach Al Washington as soon as I’d like. We have a great relationship. I trust him, and I think he trusts me. The biggest thing that stuck out for me about Coach Washington is that he is a true-blue football coach. He wonâ€™t try and win you over with a giant fake smile or anything like that.

He has told me what Iâ€™m good at and everything I need to improve on in order to be ready when I show up in Columbus, which is really rare. Some coaches when they put the recruiting facade on, they forget that theyâ€™re a coach and they just blow smoke to tell you how you good you are. The way I see it? See how long they’re telling you how great you are after you step on campus. I bet that changes pretty quick.

For other recruits out there still thinking about Ohio State? If youâ€™re into a coach who is gonna be real with you and not have two, three or four faces? With Coach Washington, what you see is what you get, so join the family.

I’ll be back soon. Thanks for reading.

Read along during the journey of Reid Carrico every week at Lettermen Row or follow the future Ohio State linebacker on Twitter.