The Ohio State cornerback sat out the majority of spring camp with an undisclosed injury, but heâ€™s still expected to be the teamâ€™s starting cornerback come the fall. And after emerging as a reliable, lockdown defensive back this past season for the Buckeyes, he is gaining plenty of attention on early 2022 NFL Draft boards.

The folks in Las Vegas have the senior’s name as a favorite to garner first-overall pick honors in next year’s draft, the only Ohio State player listed.Â Banks has the 10th-best odds to be selected No. 1 overall in the draft at 25/1, according to BetOnline.ag. Oklahoma quarterback Spencer Rattler has the best odds at 5/4. Oregon defensive end Kayvon Thibodeaux has the second-best odds, holding an 11/4 chance.

Ohio State hasn’t seen a player drafted with No. 1 overall since 1997, when offensive lineman Orlando Pace went to the St. Louis Rams.Â Banks could’ve declared for the NFL Draft following this past season. Instead, he’s back in Columbus, working continue the Buckeyes streak of having every starting cornerback drafted since 2013. 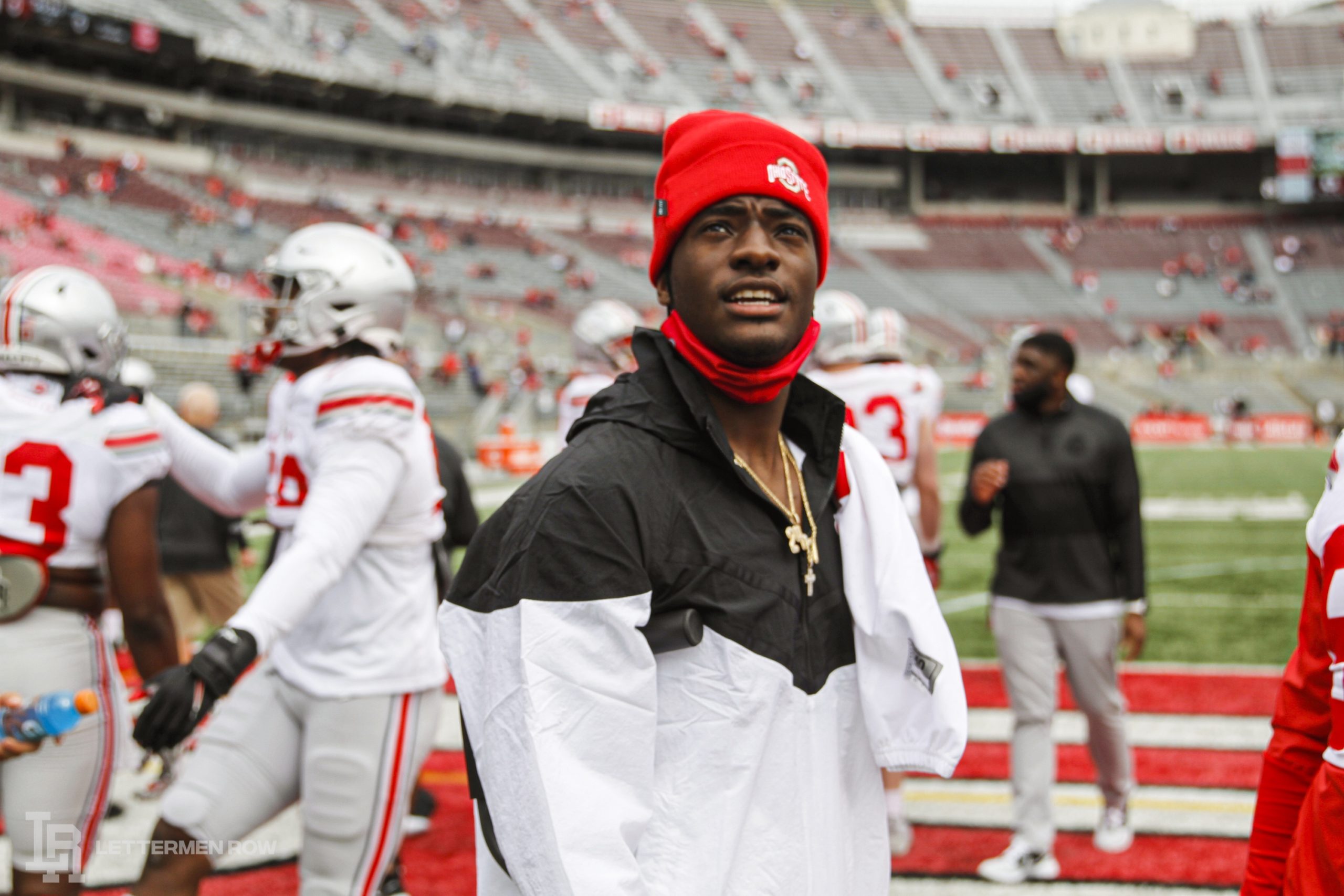 â€œI wasnâ€™t surprised â€” but I know he was torn, obviously, declaring versus staying,â€ Jones (Orlando, Fla.) defensive backs coach Andrew Anderson told Lettermen Row in January. â€œIf he could do both, thatâ€™s what he would do because he loves Ohio State. He loves it there. Heâ€™s had a great experience there. I know if he could split himself in half, he would love to do both of them. But I wasnâ€™t surprised because he loves the staff, his teammates, the Ohio State environment.

â€œEverything is a great possibility for him that he can accomplish, even the draft status of the NFL, first round. I think heâ€™s going to do it. I think heâ€™s going to perform well. Heâ€™s all about trying to fix what he considers his weaknesses, areas he messes up. Heâ€™s always trying to strengthen himself. And again, heâ€™s coachable. When you have that kind of guy, the sky is the limit.â€

In previous mock drafts the past few weeks since the 2021 NFL Draft wrapped up, Banks has been slated as high as No. 14 overall by ESPN draft expert Todd McShay. And FOX college football writer RJ Young had the 6-foot-1, 200-pound defensive back forecasted at No. 24.

But Banks can go as high as he wants. If he puts in the work this summer and develops into a cornerback that can be put on an island with a team’s top wideout, there’s no reason his name can’t creep into the top five or even No. 1 overall pick conversation.