BuckIQ: How Terry McLaurin makes himself indispensable for Ohio State
Aritcle written by:

COLUMBUS — The offensive player of the game for Ohio State was a receiver who didn’t catch a single pass.

Let that sink in for a second.

For all the stereotypes about wideouts being selfish and demanding the football as often as possible, Terry McLaurin is the complete opposite. And his selflessness, commitment to blocking and team-first approach is the embodiment of everything the Buckeyes preach at that position.

It’s also why the senior captain is consistently pointed to by the coaching staff with its highest praise: A comparison to former do-it-all, national-championship winner Evan Spencer.

“Those guys are playing with selflessness and blocking. You remember in 2014 I made comments about that group, and this is still too early, but there’s a lot of similarities between that group. And obviously Spencer was a lead guy back then, and I’m looking at these guys, some of the things they’re doing A to Z with their play is phenomenal.” 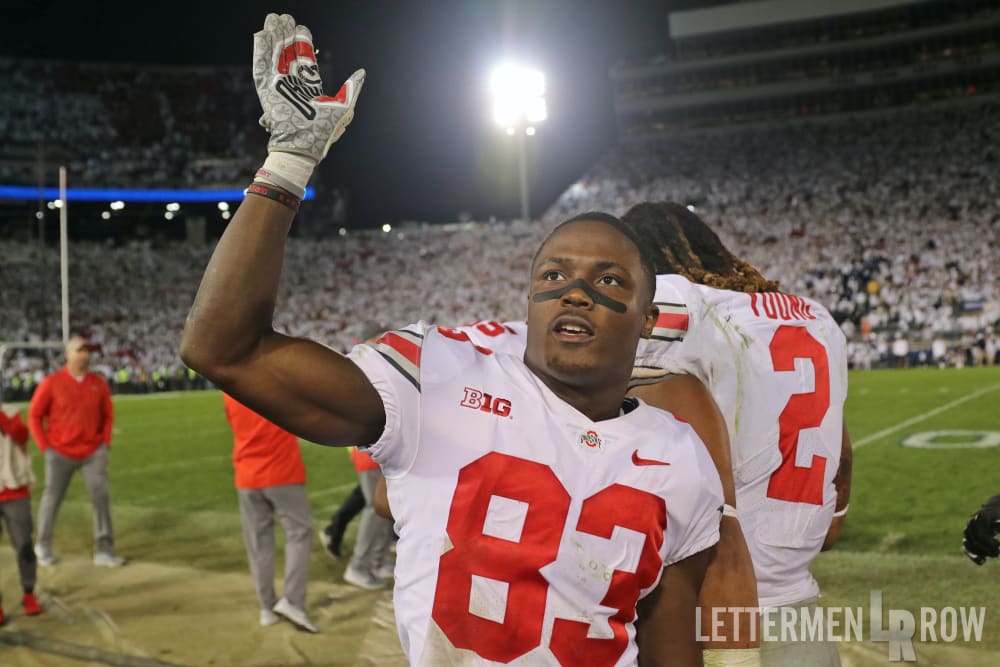 McLaurin’s champion grade in the comeback win over Penn State was cemented with another bone-rattling block that wound up taking out three defenders and clearing the way for K.J. Hill to score the game-winning touchdown.

That followed up another two-man knockout the week before in a blowout victory over Tulane, which at this point almost should require a new entry on the stats sheet to properly give McLaurin credit for what he’s doing.

But until that point, the spotlight in the BuckIQ film lab will have to do instead. Lettermen Row went directly to the source of those comparisons to have Evan Spencer break down the guy earning all that high praise. Terry McLaurin can also catch the football when it comes his way, so the latest wide receiver episode will obviously dive into more than just his impressive blocking.