The amounts of the department-wide Alston awards outlined in San Jose State’s policy are lower than many other NCAA Division I institutions that offer Alston awards. However, the policy says that each athletic program can provide additional awards up to the maximum annual amount of $5,980 per athlete.

San Jose State’s Alston awards policy says athletes can earn $50 for each Beyond Sparta or community service event they attend per semester, up to four events. That’s $200 per semester or $400 per year.

Beyond Sparta is an initiative from San Jose State’s athletic department that helps connect athletes with campus and charitable organizations, as well as career and leadership development resources. 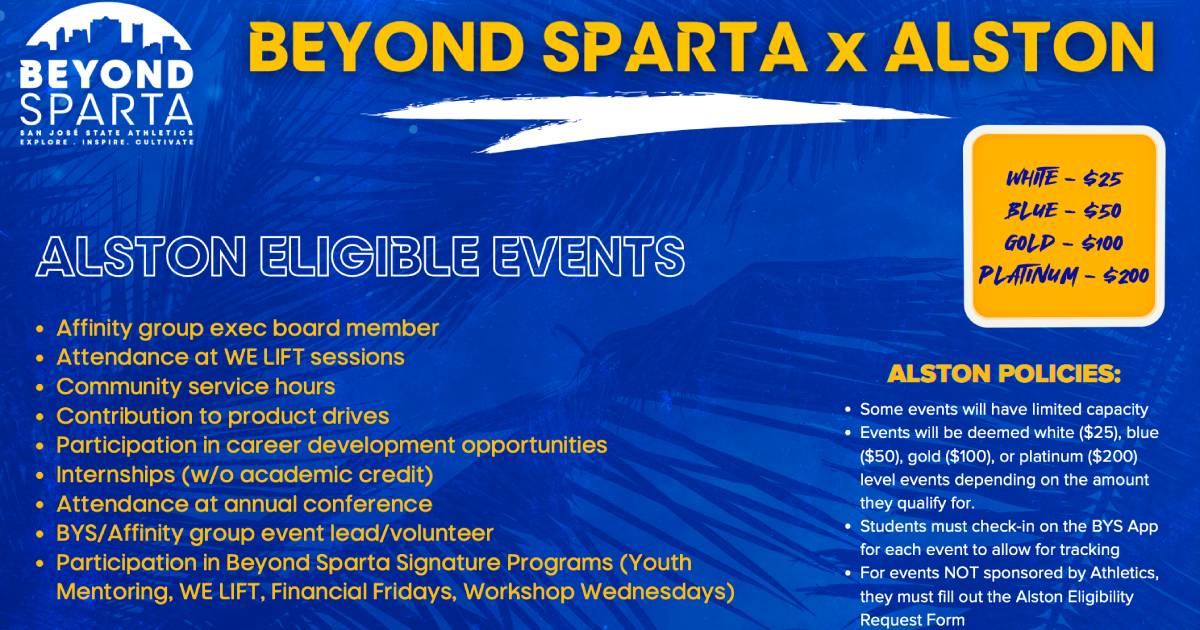 Eligible Beyond Sparta events include contributing to product drives, participating in career development opportunities or earning an internship that doesn’t involve academic credit. Athletes must complete a form that includes the date, location and description of each event, as well as get the signature of the Beyond Sparta director or a community service event coordinator.

“In addition, each team is permitted to provide additional awards, up to the legislated maximum, for their student-athletes,” the policy states.

On3 also obtained a document that outlines sample criteria for additional awards established by an individual athletic team. 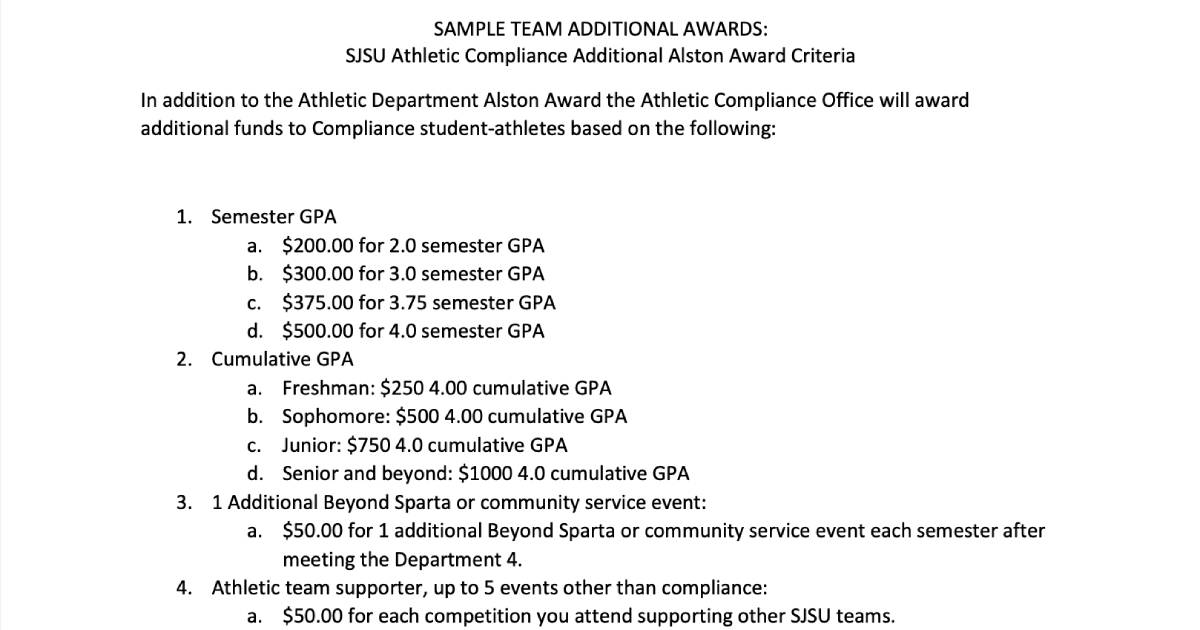 An individual team could also establish awards to athletes who participate in more than four Beyond Sparta or community service events in a semester. Another source of awards could be from attending the competitions for other San Jose State athletic programs.

The first sentence of the school’s policy says, in part, that athletes “will be eligible to earn academic and/or graduation incentive awards,” so some awards could be tied to graduation. Schools such as Iowa and Wisconsin will provide deferred awards tied to graduation through their respective Alston awards policies.

San Jose State isn’t the only university whose coaches play a role in their athletes’ Alston awards. Through the Alston awards policy at Illinois, Director of Athletics Josh Whitman and the university’s sport administrators establish an allotment of how many athletes in a given athletic program can receive Alston awards.

If a program’s roster size is larger than its allotment, then the head coach and sport administrator will decide which athletes are eligible for the awards.