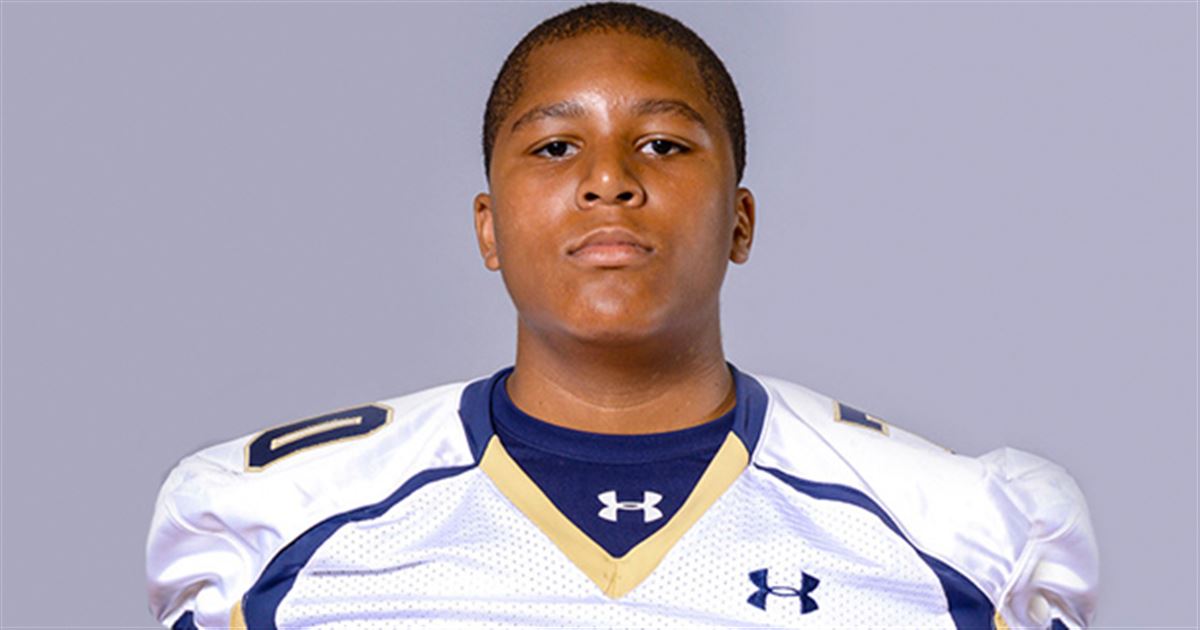 Last weekend, Kentucky hosted one of the biggest football recruiting events of the year, where roughly 20 high-caliber recruits from all over the country piled in to see what the fuss was all about.

Sources have told KSR that Kentucky’s recruiting pitch was “phenomenal” following the victory over Louisville, and it really made some guys think hard about pulling the trigger on a commitment.

Matt mentioned a few nights ago that Kentucky was likely to receive a couple commitments in the next week or so, but one guy in particular on commitment watch is 2017 three-star offensive tackle Naasir Watkins.

I caught up with him to see how his visit to Kentucky went, gauge his interest in the school, other potential suitors, and when he’ll make his decision.

“I honestly really liked my visit to Kentucky,” Watkins said. “I really liked it. The players were really cool and I thought the town was awesome. I loved the new facilities, too. I thought those were amazing.”

The coaching staff in particular stuck out in his mind, saying Watkins’ character and football IQ really sparked the staff’s interest. “I spent a lot of time with Schlarman and Stoops, and they said they loved my size. They thought I really understood the game, said I had great football IQ, and had great character. They love bringing in guys with high character, and the staff said I fit that perfectly.”

Though Stoops and Schlarman were the main guys on his visit, Watkins says Vince Marrow has been the guy from the start that caught his attention. He says, “As far as individual coaches go, Coach Marrow sticks out in particular. Marrow is the one that came down, offered me a scholarship, and showed me the most love to start with. When I went down on my visit, my pops and Coach Marrow connected really well, he loves him.”

As far as recruits go, chemistry was extremely high amonst the recruits on campus, each feeding off the energy of Kentucky’s recent success. One prospect in particular connected well with Watkins, a guy that Kentucky fans should be quite familiar with. The Olney, MD native said, “I went down with my teammate (four-star DE) Josh Paschal, and we felt the same thing. We both really enjoyed our time down there. He’s really low-key about everything, but I know he really liked it.”

Though the facilities and coaches were great, Watkins says the city of Lexington separates Kentucky from the other schools on his radar. “I’ve been recruited by schools in big cities like Temple and Pittsburgh, but I just loved the city of Lexington. Kentucky sports is the main thing everyone cares about, they’re so loyal to the school and sports. I just love the pride for athletics there, that really meant a lot to me.”

With massive hype surrounding the football program following the victory over Louisville and Kentucky’s biggest bowl berth in 18 years, a lasting impact was certainly made on recruits. Watkins says, “The win over Louisville and the bowl bid was big time for me. This isn’t a bottom-tier SEC school anymore, it showed that they’re climbing. They’re competitive with everyone in the SEC now, and it’s hard to not pay attention.”

As far as other schools go, Watkins says he’s receiving interest from Pittsburgh, Penn State, Virginia, Ohio, and Old Dominion, among others. He holds offers from all but Penn State.

Temple was considered to be a serious option for Watkins, but head coach Matt Rhule recently accepted a job to take over coaching duties at Baylor, leaving things in question. “I don’t know if Baylor is recruiting me now, or if Temple still is,” Watkins said. “I’m honestly just really confused about that.”

Though a decision date isn’t set in stone yet, Watkins believes a commitment is definitely on the horizon. “I’d like to make a decision before Christmas,” he said. “Maybe in the next week or so. This is really important to me and my family. I want to sit down, talk over all of my options with them, and go from there.”

Should he commit to Kentucky, Watkins says he’s bringing everything he’s got to the program. He says, “If I do come to UK, I’m coming to win. If I end up coming there, I’m going to give that school, that city, all I have.”