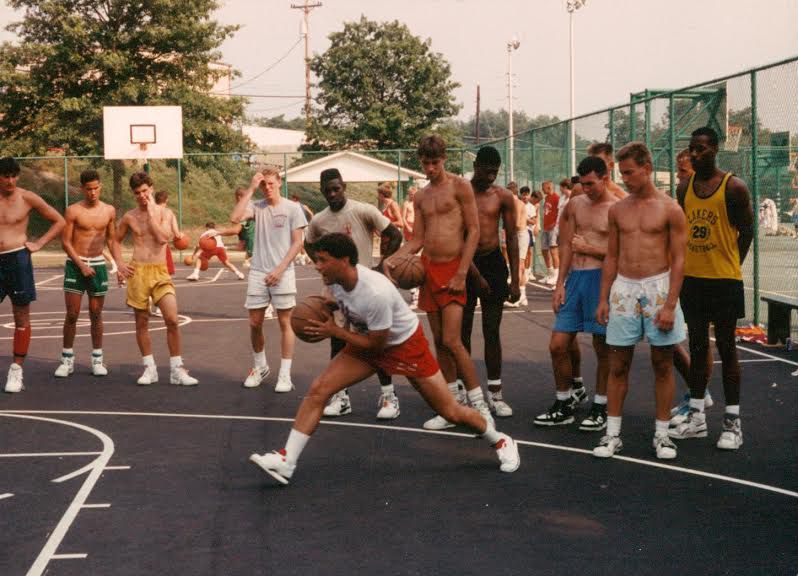 Photo: Five-Star Basketball[/caption] If you've ever listened to John Calipari talk about his career, you've heard him credit the Five-Star Basketball camps for giving him his start in coaching. One of the men Calipari mentions specifically is Howard Garfinkel, the co-founder of Five-Star Basketball. Garfinkel is currently in the hospital recovering from a bout of pneumonia, and in turn, several of his proteges are paying him tribute, including Cal. Calipari wrote a blog post this morning about his friendship with Garfinkel, whom he said is still helping him find the best players in the game.

Last week in Brooklyn, he was writing down names of guards I should be looking at. As I looked at him, I thought one thing: Here’s a man in his mid-80s who’s lived a charmed life, who’s had an impact on our sport, who’s had an impact on the lives of young people, who’s changed the direction of people’s careers and has walked people into the hall of fame of our sport, and without reservation I can say did it single-handedly.

SB Nation's Russell Steinberg posted a profile of Garfinkel this morning that included that hilarious picture of Calipari balling at Five-Star camp 40 years ago and a quote from Cal about Garf's legacy:

One of those coaches is Kentucky’s John Calipari, who has known Garf since he was a camper at Five-Star 40 years ago. Calipari’s experience at camp, he says, eventually led to him earning an athletic scholarship at UNC-Wilmington – especially meaningful to Calipari because his parents would not have been able to afford college tuition otherwise. After that, Calipari returned to Five-Star as a coach and had Garf in his corner as he climbed the NCAA’s coaching ranks. "Without him being a part of my life, I would have never had the opportunities I had," Calipari said. "Hopefully I made him proud."