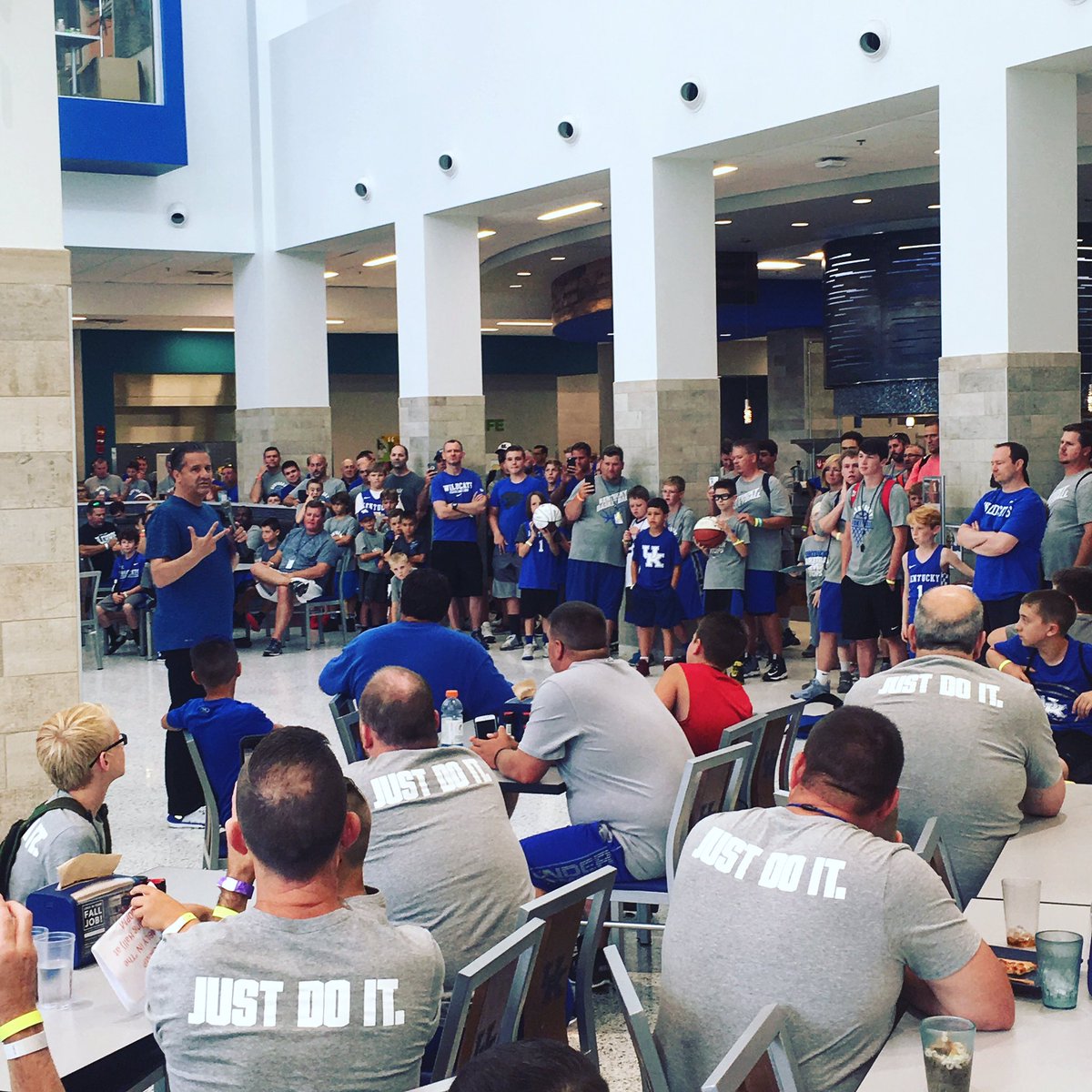 @UKCoachCalipari[/caption] Week two of the father/son basketball camp started Friday. This morning the campers got to play with some of the players at the Johnson Center basketball courts. In the following video we see two things: Jonny David swatting a kids shot and Wenyen Gabriel crossing up a camper before draining a three. 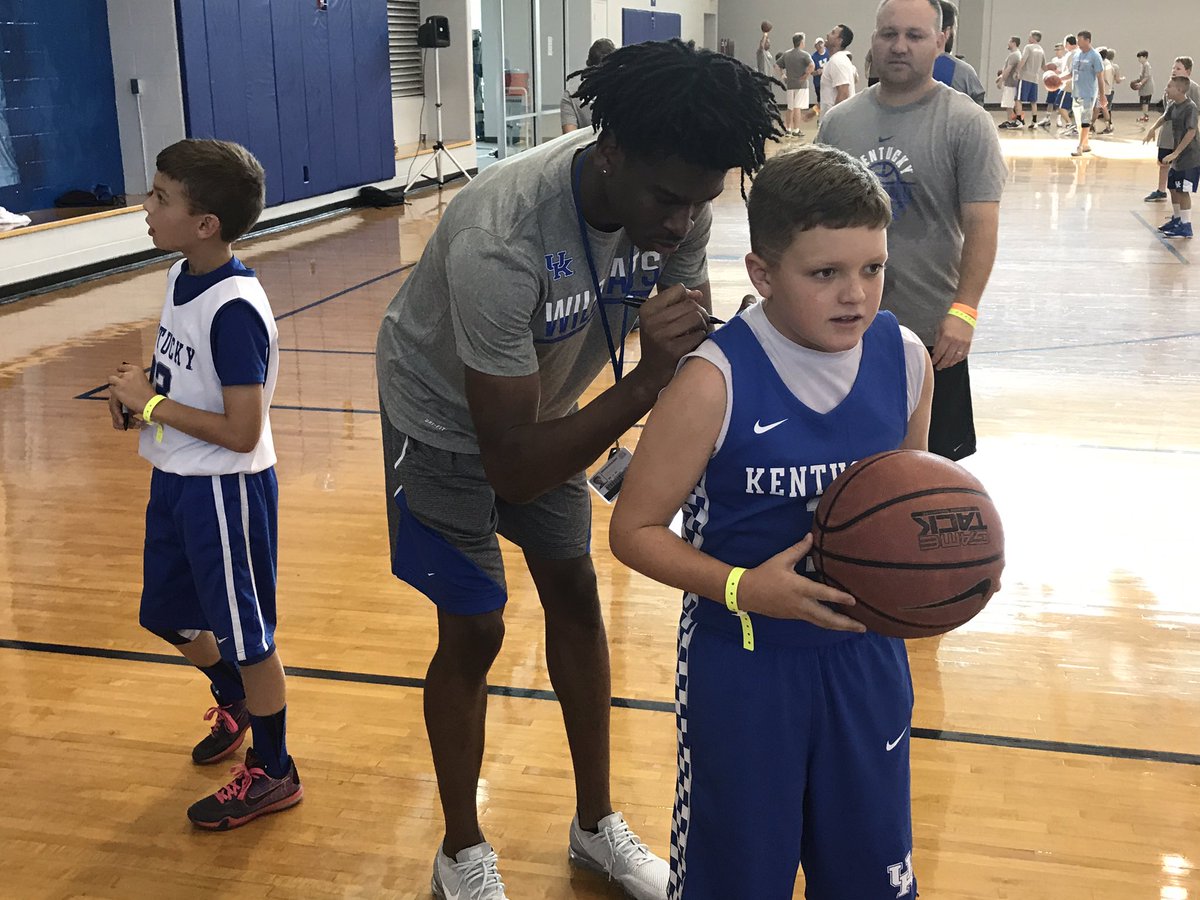