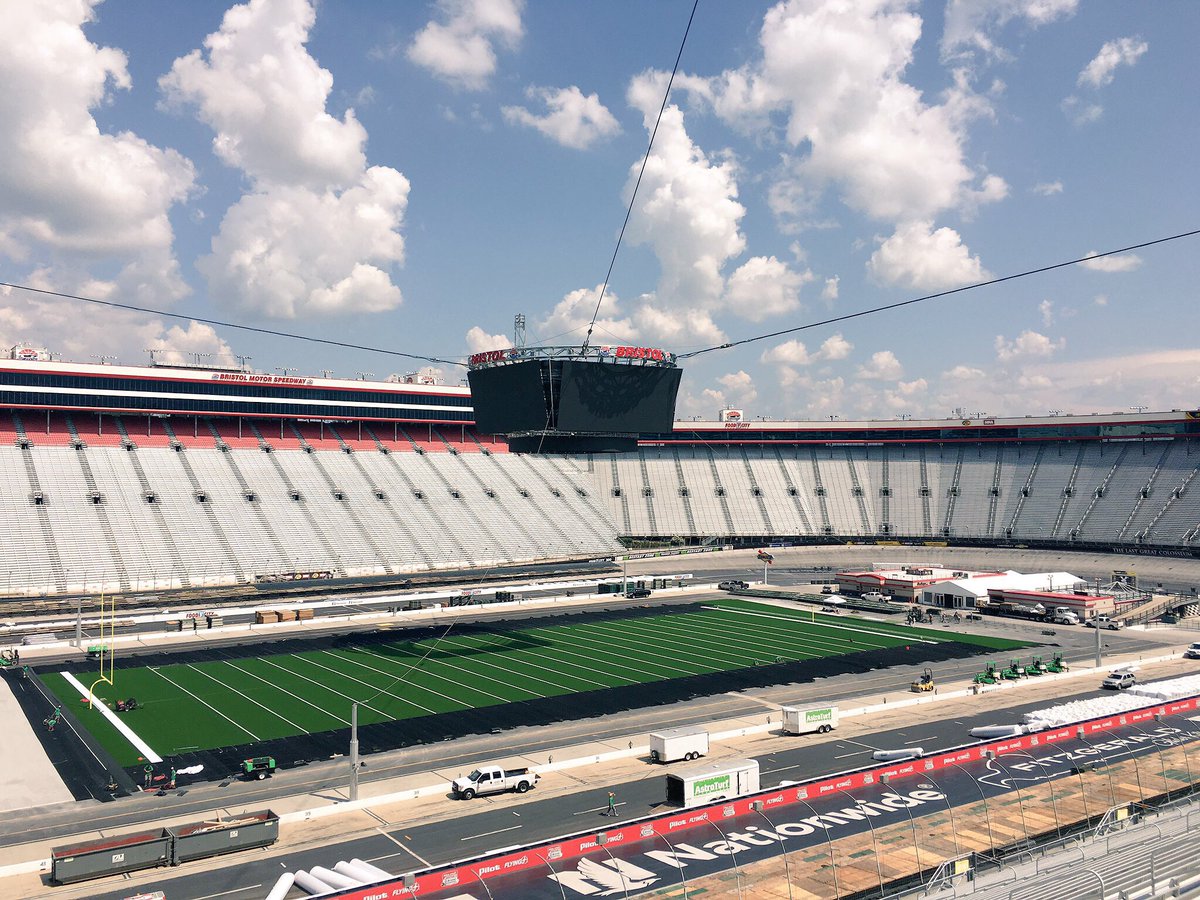 @jcaldwellbms[/caption] In two weeks Virginia Tech and Tennessee will play football in front of 160,000 fans at Bristol Motor Speedway.  The Battle at Bristol will break all college football attendance records. It leads me to think, "Could Kentucky every do something like this?"  In football, the answer is no.  Even in the rivalry against Louisville, you wouldn't be able to find enough people to go, or the proper venue (even though it would be pretty cool to watch a football game at Churchill Downs). In basketball, the answer is yes.  In fact, they've done something like this before.  In 2003, the Cats beat Michigan State 79-73 in the "Basketbowl" at Detroit's Ford Field.  With  78,129 fans in attendance, it still holds the record for college basketball attendance. At the time, it was the most to ever watch a basketball game live, but the 2010 All-Star Game at Cowboys Stadium passed the mark with 108,713 in attendance.  If you hate that all Final Fours are played in domes, you can blame the Basketbowl. However, I think we can take it one step further.  Now each season opens with the Armed Forces Classic, playing games on aircraft carriers or in military air hangers.  Kentucky find a happy medium by playing a basketball game at an outdoor football stadium.  Or better yet, they could host Big Blue Madness at Commonwealth Stadium.  Am I crazy to think this would work?