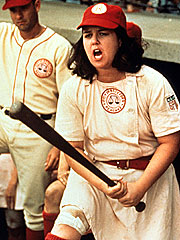 Quick recap of the "Games of Importance for the Cats last weekend.  The number in parentheses is the RPI on Friday, NOT NOW. Kentucky (72) beat Arkansas by 5 Creighton (71) beat Oral Roberts by 1 Wright St. (70) lost to Illinois St. by 8 Seton Hall (69) beat Depaul by 2 Temple (68) lost to Fordham by 2 George Mason (67) lost to Ohio (61) by 12 NC State (66) lost to Virgnia by 18 UAB (65) beat SMU by 14 Virginia Tech (64) beat Georgia Tech by 8 Wake Forest (63) lost to North Carolina by 18 Maryland (62) lost to Miami (FL) by 15 VCU (60) beat Akron by 5 These games went 6-5 in UK's favor.  Now, the games to look for during the week: Kentucky (65) at home against Ole Miss (Wed.) Virginia Tech (64) at home against Boston College (Tues.) Houston (63) at home against Southern Miss (Wed.) Wake Forest (62) at home against Maryland (Thur.) Davidson (61) at home against Appalachain St. (Wed.) Florida (60) on the road against Georgia (Wed.) Ohio (59) does not play during week Oral Roberts (58) on the road against South Dakota St. (Thur.) Oregon (57) does not play during week Rhode Island (56) on the road against George Washington (Wed.) Texas Tech (55) on the road against Texas A&M (Wed.) Interesting fact of the day: Kentucky has actually been OUTSCORED in SEC play, despite their 9-3 record.  Further proof of how well they have played in close games and how weird the loss to Vandy was.  On to the links: 1. The women's team won AGAIN yesterday, taking down former UL coach Tom Collen and the Arkansas Razorbacks.  The Cats now sit in 4th in the conference, which interestingly does not split the teams into 2 divisions.  2. Short articles on both Scotty Hopson and UK's junior-college prospects in the Courier-Journal yesterday.  3. Eric Crawford tries his best to give this year's team a nickname.  But, its my thought you have to do something special to get a nickname.  One exexption: Team Turmoil.  Although I don't think Tayshaun Prince and the boys were happy about that one. 4. John Clay highlights Joe Crawford and Ramel Bradley, ironically focusing on the two plays that Matt talked about in his game notes yesterday.  What was the last UK team that had seniors this clutch? Tayshaun's last year?  The Bogans and Fitch years?  Maybe Chuck Hayes last year? 5. Over the last couple months, I have put several lists of hot wives and girlfriends, but lets take a look at the other side of marriage, with the wives that have embarassed their husbands the most. 6. The Angry T is producing its own Oscar ceremony, showing the nominees and winners of the worst sports movies/performances ever.