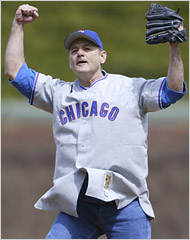 1. The list of the Top 25 Greatest UK Players of All-time still continues to be a bit strange to me.  Released recently were #22 Ron Mercer and #21 Scott Padgett.  I saw both guys play and I just can't bring myself to say Mercer should be behind Padgett.  And that is in no way to down Padgett, who was crucial in the 1998 team and a star on the 1999 team.  I would be interested to see who you readers think will be in the Top 20.  My list would be in no particular order: Issel, Mashburn, Kenny Walker, Delk, Givens, Macy, Beard, Nash, Prince, Dampier, Groza, Bowie, Frank Ramsey, Robey, Bogans, Spivey, Hagan, Grevey, Riley.  2. The Courier-Journal focuses on the two guys who have been the most key to UK success with or without Patrick Patterson: Ramel and Joe.  Sometimes I wonder if the local newspapers have just run out of stories.  If it was me, I would write a feature article on the 15-second barrage Jared Carter produced Sunday.  Classic!!! 3. Interesting topic about who should be the SEC Player of the Year and if Ramel Bradley should be considered.  My vote would go to Shan Foster, who I think was not only the best players I saw this season, but also just as valuable to his team as Bradley.  But, Bradley better make 1st team All-SEC or it will be a shame. 4. This story greatly suprised me, but former UK A.D. CM Newton, who also was head of the NCAA Selection Committee says he doesn't think 12-4 in the SEC will get the Cats in.  He says they must still make a run in the SEC Tournament.  My question back to him would be: If the Cats finish 12-4, what 34 at-large teams DESERVE to be in over the Cats? 5. Look, I want UK in the tournament as bad as the next guy, and most bracket projections have the Cats right on the cusp if not a 12-seed.  But, somehow Stewart Mandel of CNNSI.com has crunched the numbers and come up with a 9-seed for the Cats.  I think even a Cats fan would call that wishful thinking, but Stewart has certainly gained some fans from the UK base.    6. Awful Announcing has dug up this classic 10-minute video of Bill Murray hosting the pre-game show for a Cubs-Expos game in what appears to be the 1980's.  If you have the time watch the entire thing, but if you are short on time, fast foward to the 4:45 mark when Murray introduces the lineups.  If only all pre-game introductions were this funny, baseball might actually be interesting enough to watch.  My favorite line: "Herman Winingham, what are you gonna be afraid of a guy named Herman Winingham, we'll just throw it down the middle of the plate for him." 7. 10 of the more awkward, strange, unexplainable, and funny baseball plays of all-time. 8. I am not a huge wrestling fan, so I basically remember NONE of these events, but apparently this group of celebrities have all appeared in a WrestleMania.  And my opinion of wrestling greatly decreases after reading this.