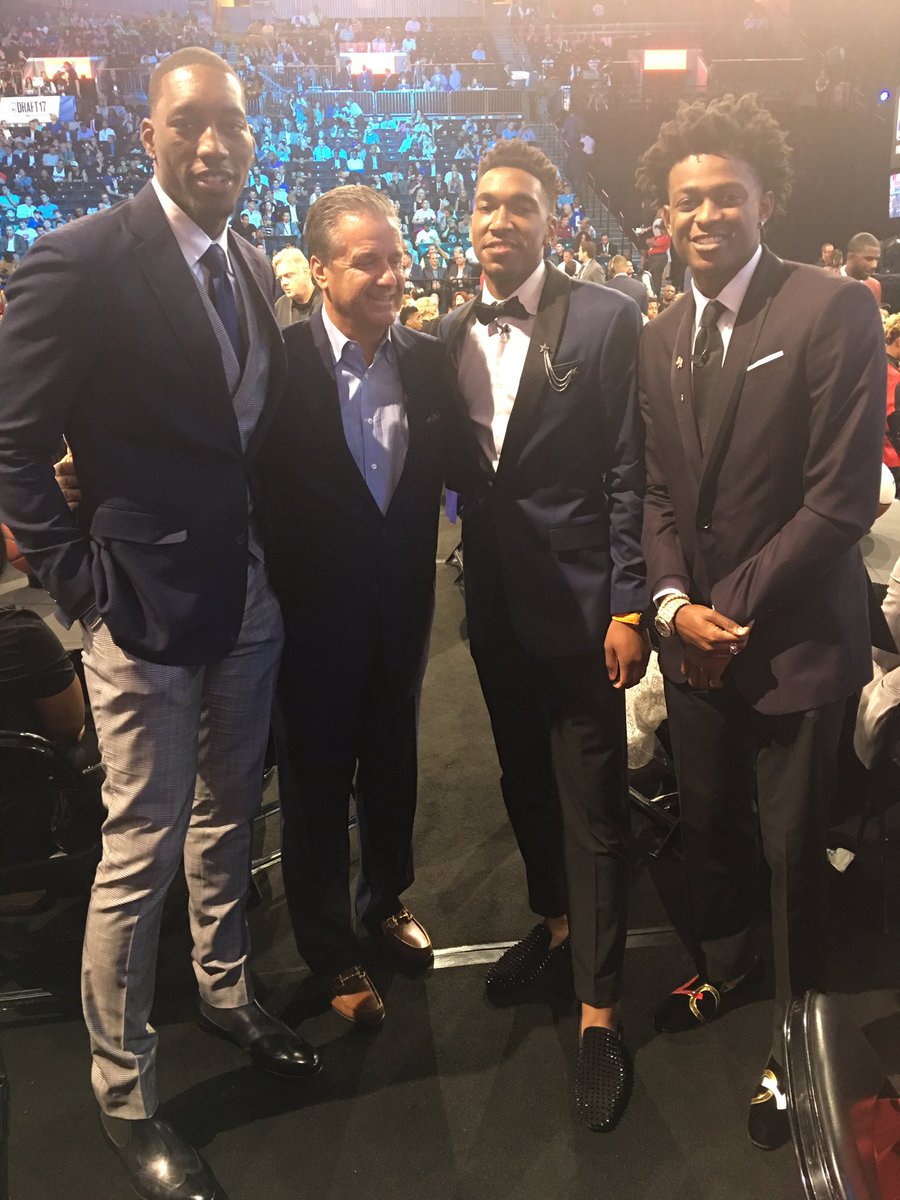 @UKCoachCalipari[/caption] Tonight John Calipari's three players in the green room were selected in the NBA Draft Lottery, giving Cal 17 lottery picks during his eight years at Kentucky.  Cal didn't need to throw that number around, an ESPN graphic did it for him. [caption id="" align="alignnone" width="1200"] 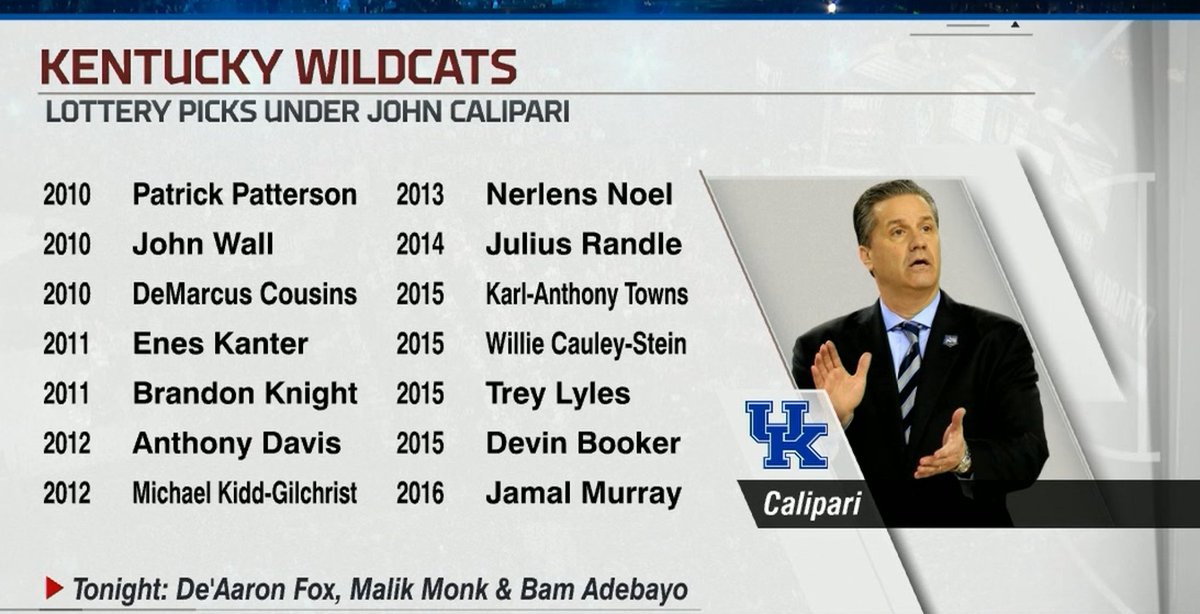 @Sportscenter[/caption] Shortly after Bam Adebayo was selected by the Miami Heat, Calipari took center stage on the ESPN set, forcing the draft to a screeching halt and preventing Milwaukee Bucks' fans from learning their pick.  He used the platform to bark back at the one and done critics and do a little recruiting. "They're talking about one and done.  It's not broken.  It isn't broken," he exclaimed.  "My kids finish the term.  They're on lifetime scholarships.  Can I recruit a little bit?" Cal also shared a compliment he received from Pat Riley, why he thought Malik Monk would be drafted by the Knicks and much more. https://www.youtube.com/watch?v=tV_Ea8tL8Qg&feature=youtu.be w