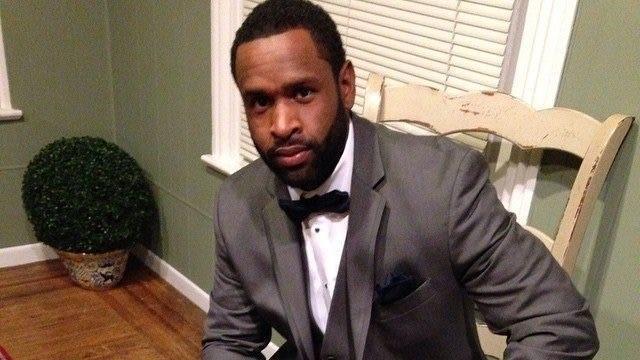 You're looking at David Bailey, one of two Capitol Police officers that was injured during today's shooting at a GOP congressional baseball practice in Alexandria, Virginia. Bailey, age 32, was shot in the leg as he charged the gunman, 66-year-old James T. Hodgkinson. While recovering in the hospital this afternoon, Bailey, a North Carolina Central University graduate, received a phone call from John Calipari thanking him for his heroics and inviting him to be the honorary "Y" at an upcoming Kentucky game. "Just got off the phone with David Bailey of Capitol Police, one of two police officers who saved a lot of lives today," Cal tweeted minutes ago. "David was hit in the ankle as he charged the gunman. What a hero and what courage. I told him he’s gotta come to a game and do the Y. #BBN, make sure our prayers are with all those who were injured today in the shooting." This morning, Senator Rand Paul told CNN that the only reason everyone at the field was still alive was because of Bailey and his fellow Capitol Police officers. “Our lives were saved by the Capitol Police. Had they not been there I think it would have been a massacre,” he said. “The field, I mean, was basically a killing field.” House Speaker Paul Ryan agreed. “We are, as ever, awed by the tremendous bravery of the Capitol Police,” Ryan said. “I expressed our profound gratitude to them. It is clear to me, based on various eyewitness accounts that without these two heroes – Agent Bailey and Agent Griner – many lives would have been lost." Hopefully Agent Bailey will take Calipari up on his offer this season so Kentucky fans can give him a proper ovation.