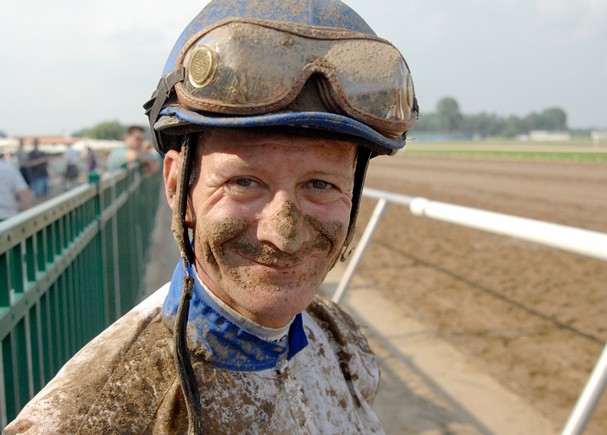 Good news for you horse racing fans: Calvin Borel is coming out of retirement. The Hall of Fame jockey will saddle up on August 27 at Ellis Park for the first time since stepping away from the sport five months ago for personal issues. Borel has been living in Frankfort, Kentucky, and working at Churchill Downs in recent weeks to prepare for his return. During that time, he and his wife separated and he split time between Kentucky, Florida, and Louisiana. Although his performance dropped off in the months leading up to his self-imposed hiatus, Borel is still the only jockey to win the Kentucky Derby three times in a four-year period, starting with Street Sense in 2007, Mine That Bird in 2009, and Super Saver in 2010. He has 5,146 wins over his 33-year racing career, and was inducted into the National Museum and Racing Hall of Fame in 2013. His agent Frank Bernis says Borel is itching to get back in the saddle at Ellis Park, the site of his first win in 1995. “He’s raring to go,” said Bernis. “His head is back in it.” Good luck, Calvin. You got this. [Daily Racing Forum]