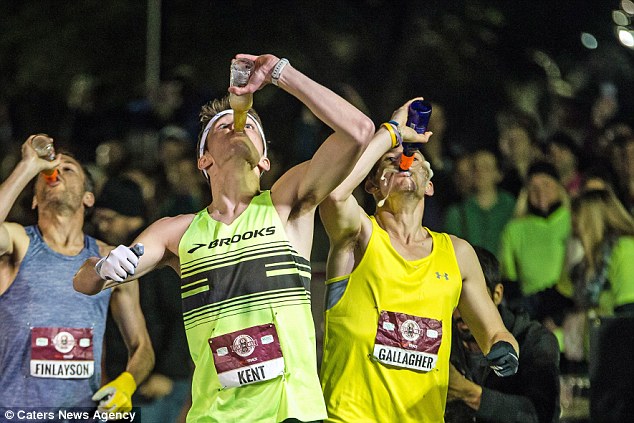 Over the past few years, the Beer Mile has become more and more popular with runners/beer lovers, to the point it's considered a professional sport. If you're not familiar, the Beer Mile is a challenge in which you drink a beer, run a lap on a 400m track, and repeat the act three more times. So, four beers, four laps. The "sport" has taken off so much that Lewis Kent just signed a two-year deal worth $100,000 to run the Beer Mile on the National Beer Mile Circuit. Whaa?? The 22-year-old Canadian is the world record holder, completing the Beer Mile in four minutes, 47 seconds. Here's his world record run: https://youtu.be/o88xDdkRBXo As we get closer to the Olympics, I think this would be a fun challenge for the KSR crew. Who would run a faster beer mile: me or Drew Franklin? I just did a half marathon, so I may have Drew beat when it comes to running, but he would definitely smoke me at chugging. [CBC]