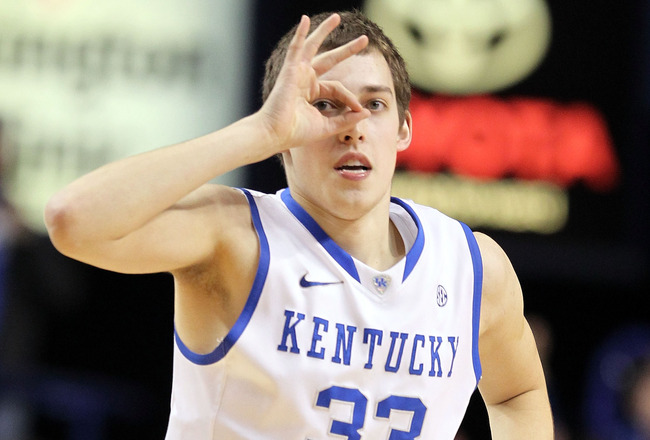 CBSSports.com released its preseason Top 25 for next season and Kentucky is the ridiculously early No. 1 team in the country, with two familiar foes right behind the Cats in the rankings:

Ridiculously Early Preseason Top 25 (and one):

Kentucky's games against No. 2 Indiana and No. 3 Louisville next year will likely be the two biggest non-conference match-ups of the season. 2012-2013 already has the makings of an exciting year.