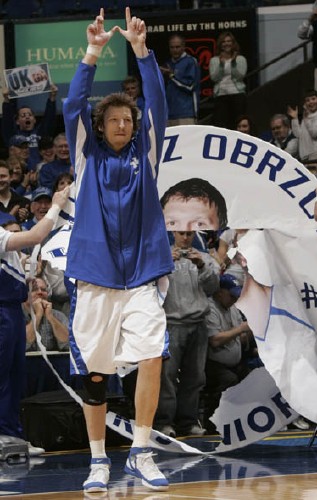 Woo's Senior Day from Big Blue History[/caption] Tonight is the final game at Rupp Arena in the 2016-17 season. It seems like just yesterday Dominique Hawkins was leading Madison Central to a state championship, now he's playing in his final game at Rupp Arena.  Matt, Ryan and Drew will discuss the three seniors, their favorite Senior Day moments and preview what has lately become a perplexing matchup with Vanderbilt. Turn your radio dial to 630 WLAP or listen here online; you can also catch the second half-hour on 98.1 The Bull beginning at 7:00 p.m.