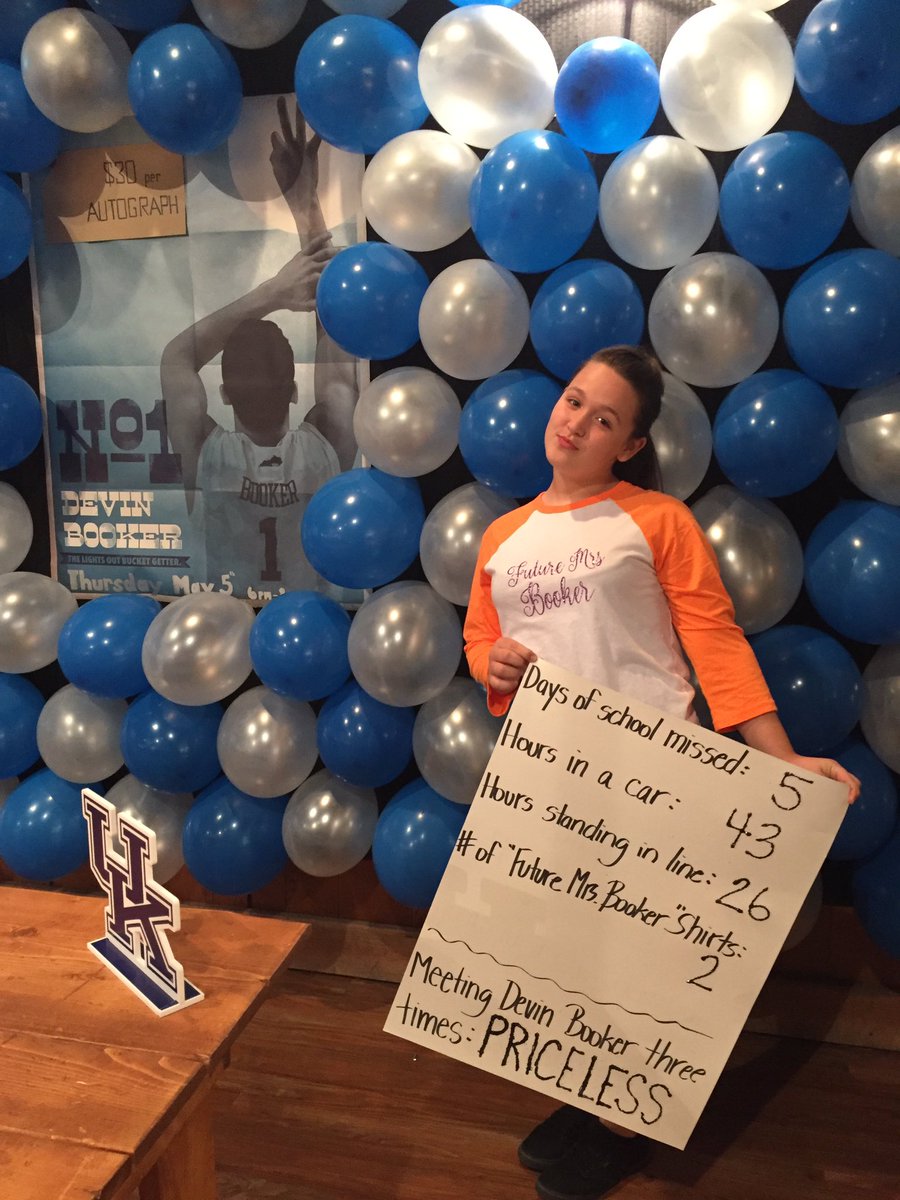 @krbUKfan[/caption] Devin Booker will meet fans at Fayette Mall tonight for his first signing back in Kentucky since before he took the NBA by storm in his rookie season. And one big Booker fan (his biggest fan) arrived a little early to tonight's meet-and-greet at the mall. A whole eight hours early. She arrived at 10 am for the 6 pm signing, a new record as far as we know. https://twitter.com/DevinBook/status/728295761398665217 Yes, Devin. Your #1 fan.