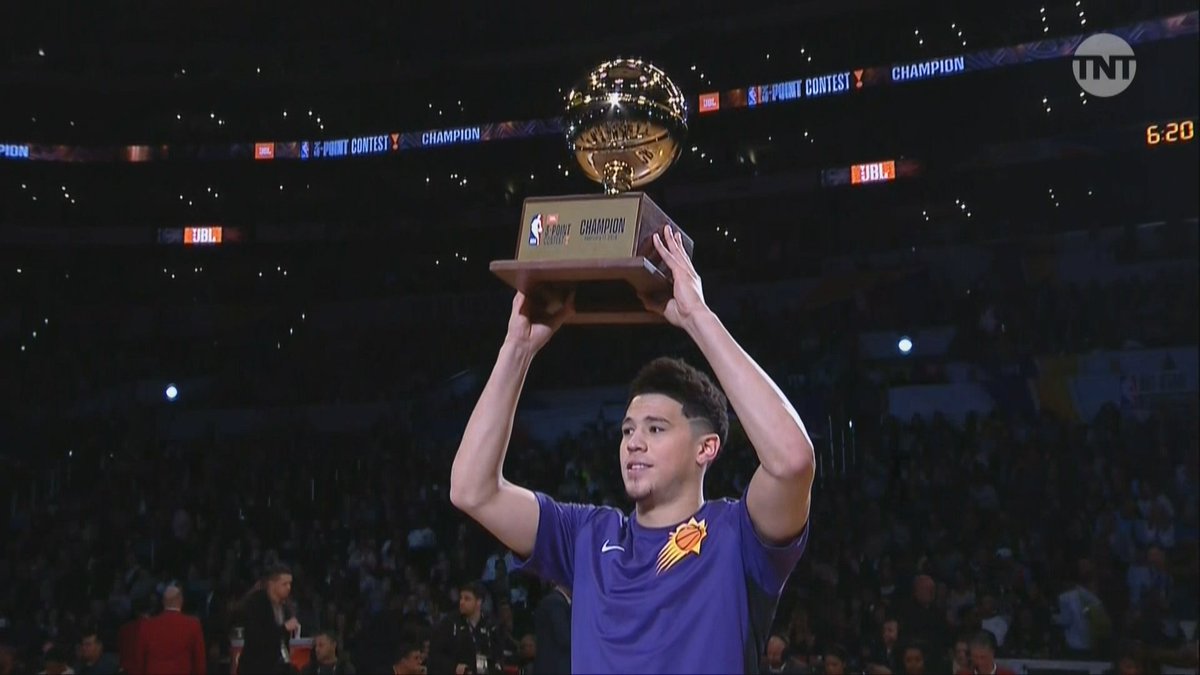 His First Round score of 19 wasn't too bad either.

Devin Booker turned it on to tally a score of 19 in the 1st round! #JBL3PT pic.twitter.com/8Bkz9uVoiH

It was only a matter of time before Booker ascended to the top of the Three-Point Shooting world. This title will be the first of many for the sharpshooting Wildcat. [mobile_ad]