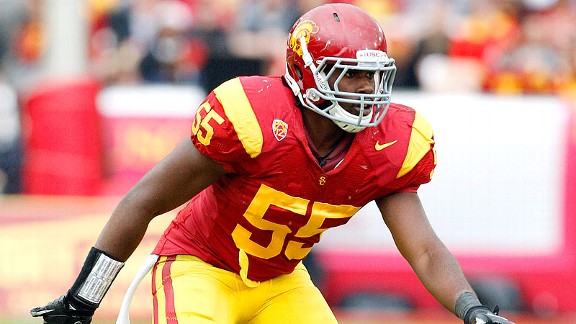 Former USC linebacker Lamar Dawson is suing the NCAA and the Pac-12 over what he alleges are violations of state and federal laws governing wages. Dawson claims he and fellow college football players did not receive minimum wage or overtime compensation as employees of both the NCAA and Pac-12 Conference during his time on USC's football team. The complaint read, “Plaintiff was repeatedly paid a substandard wage insofar as he was denied full pay for all hours worked, including overtime pay, and was frequently permitted to work without receiving required minimum wage payments." A Pac-12 spokesman said student-athletes are not "employees" and the conference will defend itself. Dawson is a former Boyle County star and the recipient of Kentucky's Mr. Football award in 2010. As a four-star prospect in the '11 class, he considered UK out of high school but elected to move out to west to become a Trojan instead. More on his lawsuit against the NCAA and Pac-12 can be found in this story in the L.A. Times.