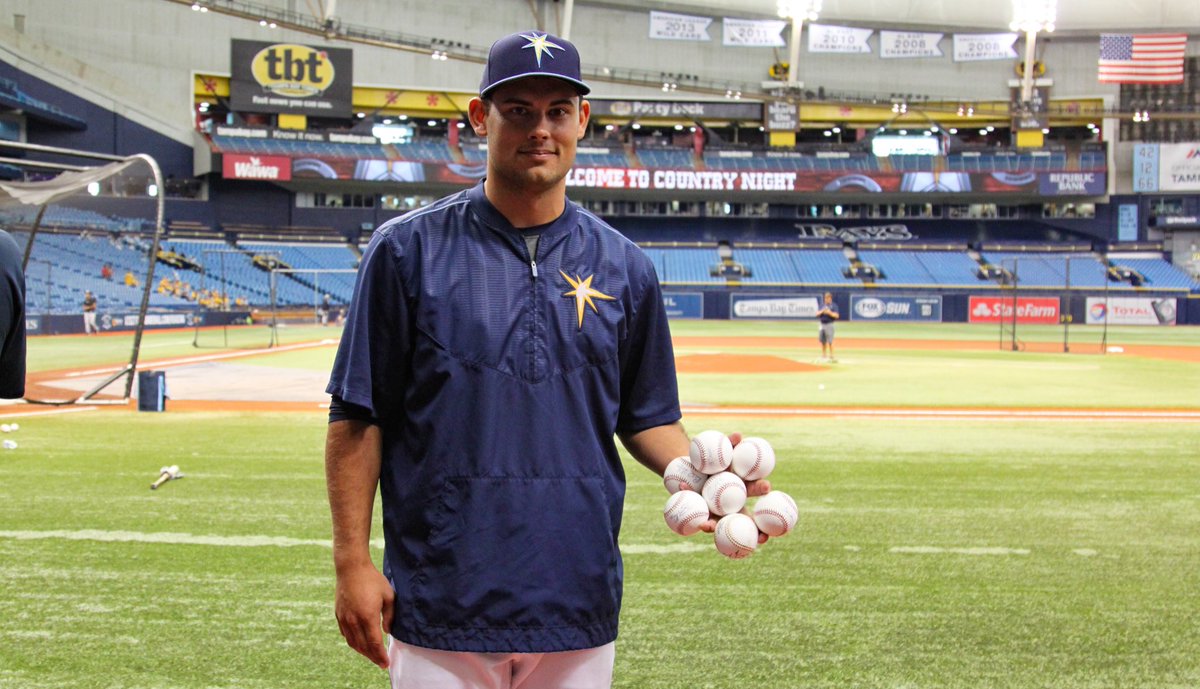 @RaysBaseball[/caption] The Tampa Bay Rays are giving Luke Maile the shot he needs to make a name for himself. Following the All-Star break, the Rays called Maile up from Triple A, where he has has started nine of 12 games. So far, Maile has taken full advantage of his opportunity. The 2012 eighth-round pick has posted a 2.37 catchers ERA and has thrown out 3 of 6 base stealers. Maile is also hitting at .214. "I just wanted to come up here and whenever I did get a chance to play my butt off,'' Maile said. "I wasn't anticipating anything except to try to help win games. The amount of action I've seen has been awesome. I'd have some experiences happen to me that didn't happen last year in September (during his 15-game, nine-start debut stint), big at-bats, guys stealing, things like that. It's been really useful and helpful to move forward.'' Rays starting pitcher, Chris Archer, is not only impressed with how Maile calls a game, but also with his big hands. "Have you ever looked at his hands? His actual hands? They are enormous,'' Archer said. "I think it allows him to be strong and present the ball really well. We've always had good receiving catchers, but on other teams you see guys get beat by the ball and then try to frame it. That doesn't happen to Luke, because his hands are so strong.'' Maile has to wear an XXL batting glove, and sometimes an XXXL on hot and humid days. Manager Kevin Cash, a former catcher, likes how Maile follows the game plan and his "impeccable" timing in visiting the mound. "We'll get a good look at some guys for sure,'' Cash said. "We have some guys that are going to play the entire year for us, it's pretty difficult to uproot our everyday players. But Luke's in a situation where he can definitely benefit by the opportunity of getting some playing time.'' With no post-season in the future for Tampa Bay, Maile is one of the Rays' young talent that will see additional playing time as the season ends. Hopefully Maile can do enough to keep him up the major leagues. To read more about Maile, click here.