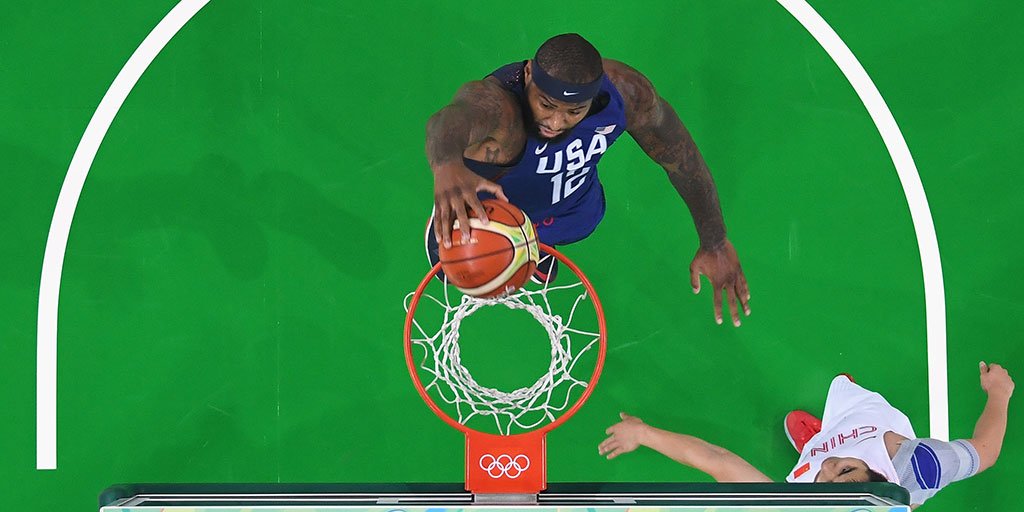 @SacramentoKings[/caption] In the starting lineup for Team USA, DeMarcus Cousins scored more than half of his points in the fourth quarter, finishing with 17 points and 5 rebounds.  It's the third-most ever scored by a former Wildcat in Olympic basketball history. Cousins used his physicality, but more impressively, he showed the agile side to his game in the 119-62 win over China. https://vine.co/v/5qTbDAPqElA Somebody heard footsteps. https://vine.co/v/5qIgBUXOVL6 Somebody tried to box him out. https://vine.co/v/5qItxrmM3az Somebody was smart enough to get out of his way. https://vine.co/v/5qIgFmwFBI7 w