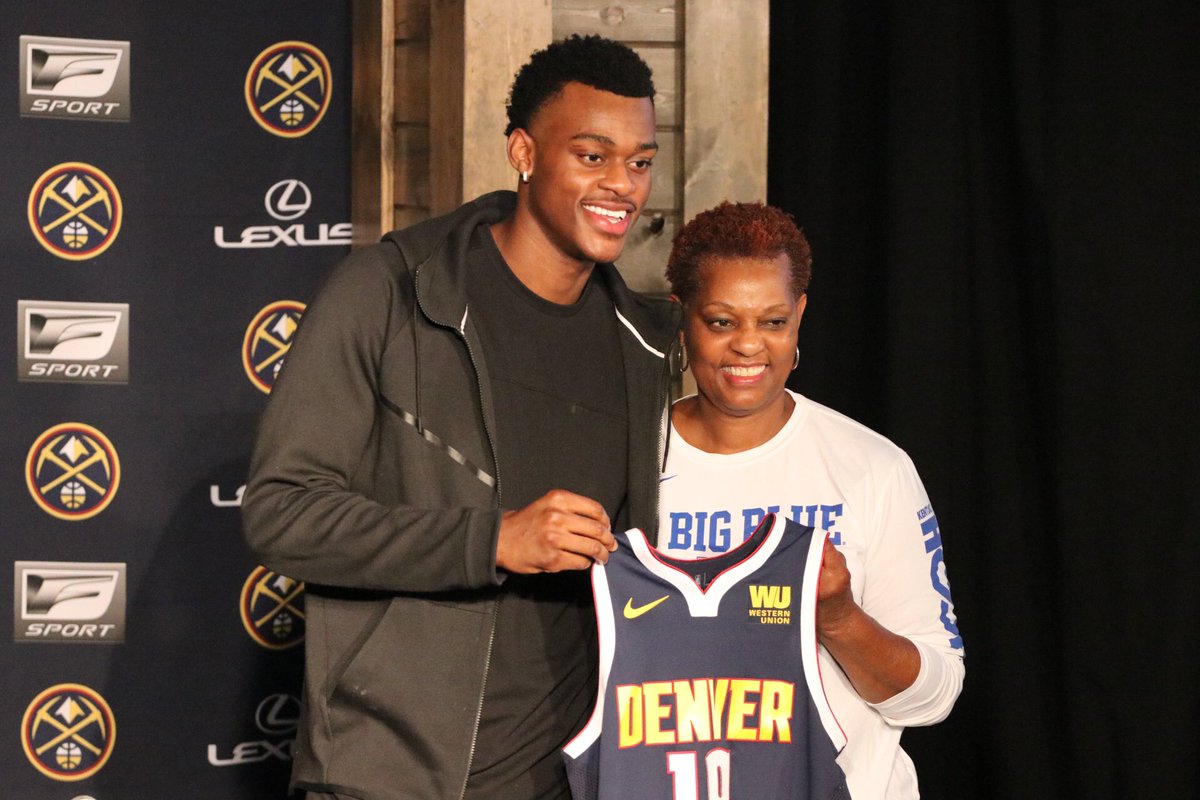 Jarred Vanderbilt arrived in Denver…on a scooter. After being drafted 41st by the Magic and traded to the Nuggets, Vanderbilt showed up to today’s introductory press conference riding a scooter and wearing a boot, confirming the buzz we’ve heard about his injury leading up to the draft:

Here he is with fellow Nuggets rookies Michael Porter Jr. and Thomas Welsh:

All three of the #Nuggets draft picks — Michael Porter Jr., Jarred Vanderbilt, and Thomas Walsh — are talking and meeting one another. pic.twitter.com/7H5wjrwT7p

I say the name “Feathers” the same way Jerry Seinfeld says “Newman,” but look at what a good teammate he is by bringing Jarred’s scooter (just check out the new razor dirt bike) around the table for him:

Unfortunately, no one seemed to ask about Jarred’s timeline to return from that injury, but I think it’s safe to say he won’t participate in the summer league, which tips off in a few weeks.