John Calipari is recruiting in the Big Apple 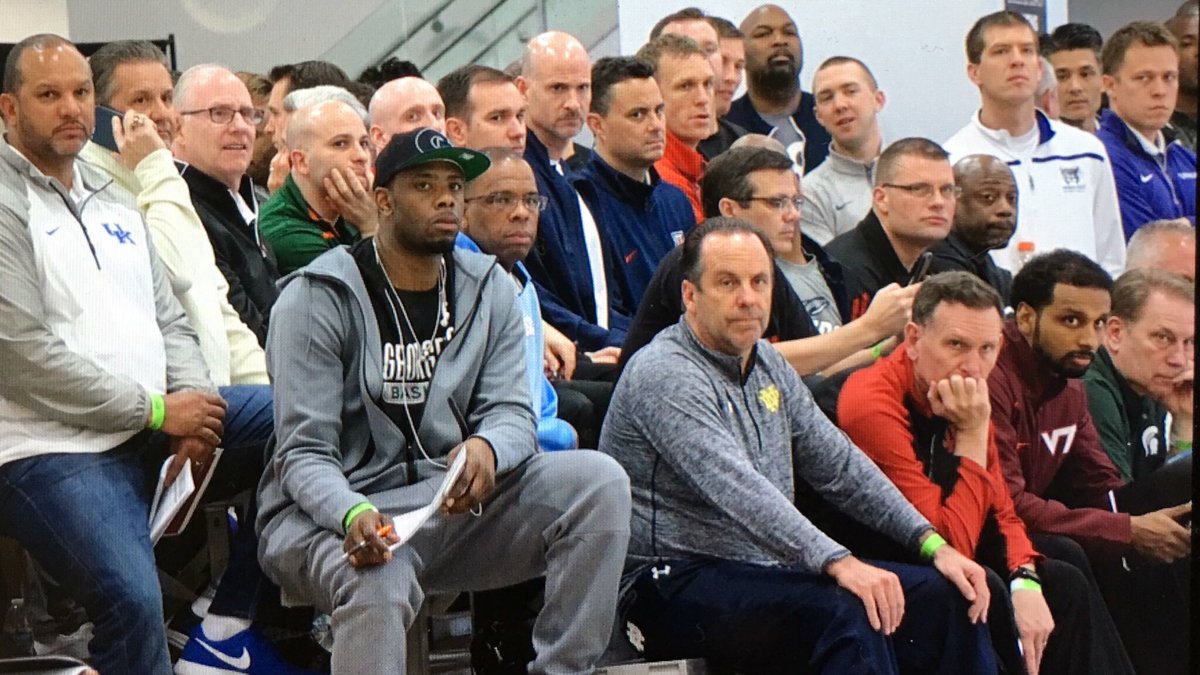 @NJSportsScene[/caption] John Calipari began the new April evaluation period by checking in on a couple of 2017 targets at the Under Armour event in New York. The busiest man in America was spotted courtside with several other prominent coaches for Kris Wilkes and Paul Scruggs from the Indy Hoosiers program. Wilkes is the No. 4 small forward in the class, according to the good people over at 247Sports. Scruggs is the nation's fourth ranked point guard. Does anyone know why Sean Miller looks so mad?