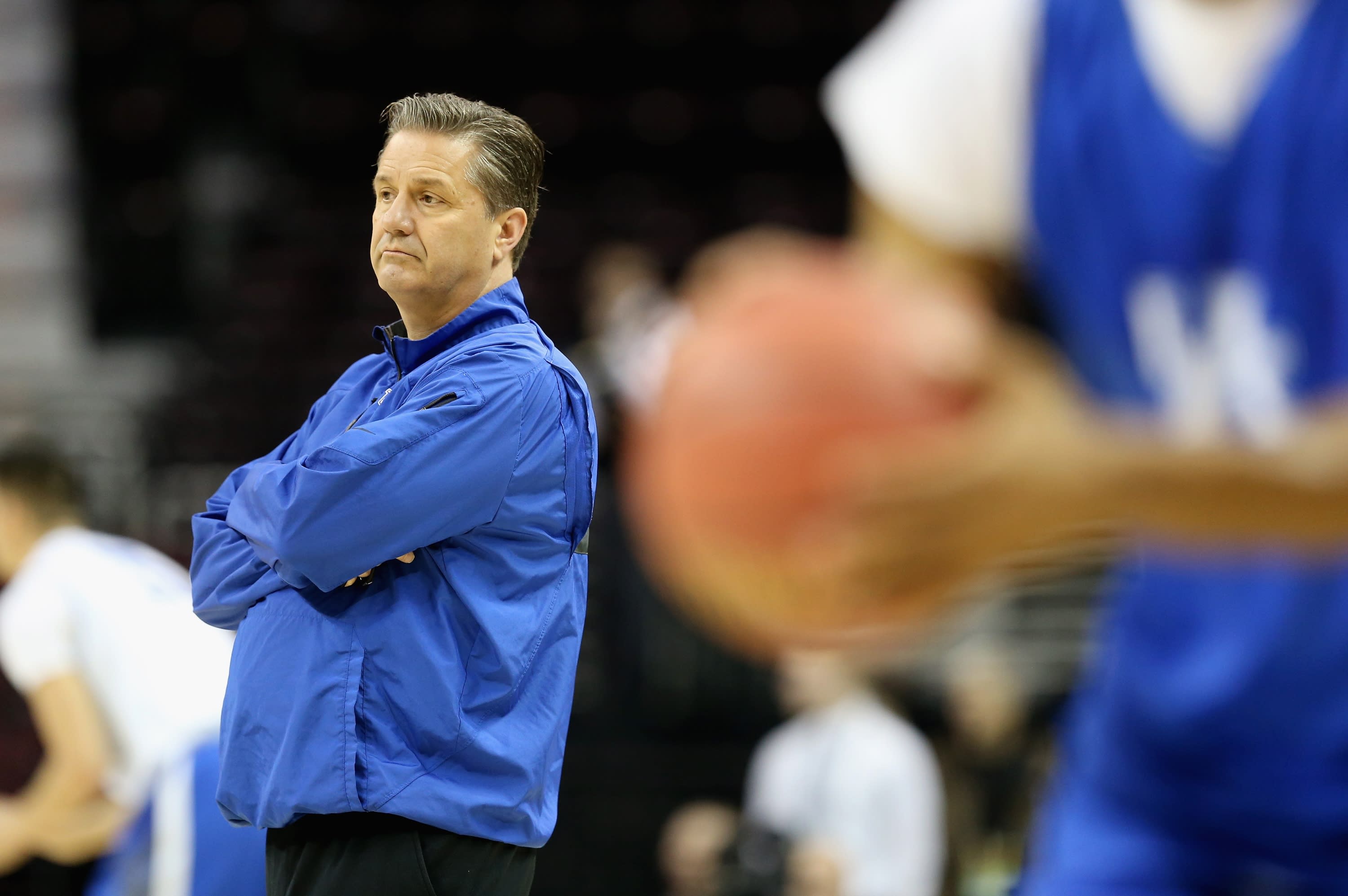 College football programs are allowed fifteen offseason practices during the spring, and now John Calipari believes college basketball should get its own offseason practice time. When asked on Monday what he would change if he were named commissioner of college basketball, Calipari threw out the idea of giving basketball programs ten days of fall practice with on-campus scrimmages against foreign teams, before football takes centerstage in September. Here's the full quote to KSR at the UK Basketball Tipoff Luncheon in Louisville:

"How about spring football? You like spring football? Something different, right? Spring football. Why don't we have August basketball for the NCAA? There's nothing going on in August. Let's spend ten days of practice -- how about we play against foreign teams on our campuses. Do you really want your team to go overseas and play right now? How about we do stuff right here? So August, for ten days, becomes NCAA basketball. Instead of having to worry about football ending, we're going to go before it and start in August. It's too good of an idea, believe me. Plus it's mine which means it'll never happen. It'll never happen."

Calipari is correct in saying it's a great idea and it certainly wouldn't hurt anything. If anything it would make the caliber of early season basketball better. He is also correct in saying it'll never happen because he came up with the idea. Hear the audio of his fall practice pitch: [audio m4a="http://kentuckysportsradio.com/wp-content/uploads/2016/10/fall-basketball.m4a"][/audio]