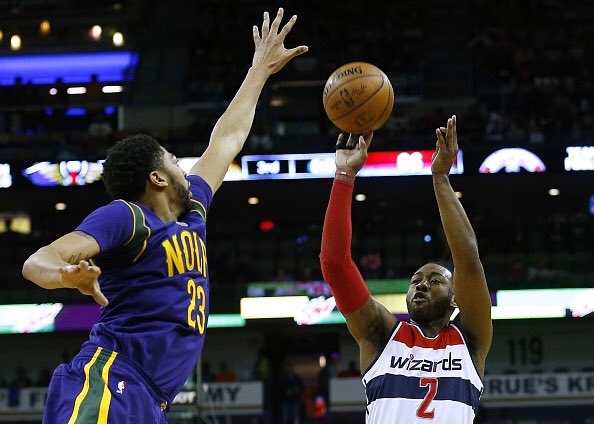 After rocking Kentucky blue on College Gameday yesterday morning, John Wall decided to put some work in on his own tonight against Anthony Davis and the New Orleans Pelicans. Wall scored 18 points on 8/19 shooting, and tied his career high in assists with 19 on the night. He also decided to put the Brow on a poster on this nasty drive to the basket:

Another look at John Wall posterizing Anthony Davis, then telling the crowd to quiet down. #WizPelicans pic.twitter.com/6QcDsTmmmT

Davis, on the other hand, put on a scoring clinic, dropping 36 points on 15/25 shooting from the field. He also had 17 rebounds, three assists, three steals, and two blocks. Here are all of Davis' highlights from tonight's game: https://www.youtube.com/watch?time_continue=1&v=KUGFX45bd08 NBA Cats doing NBA Cat-things...