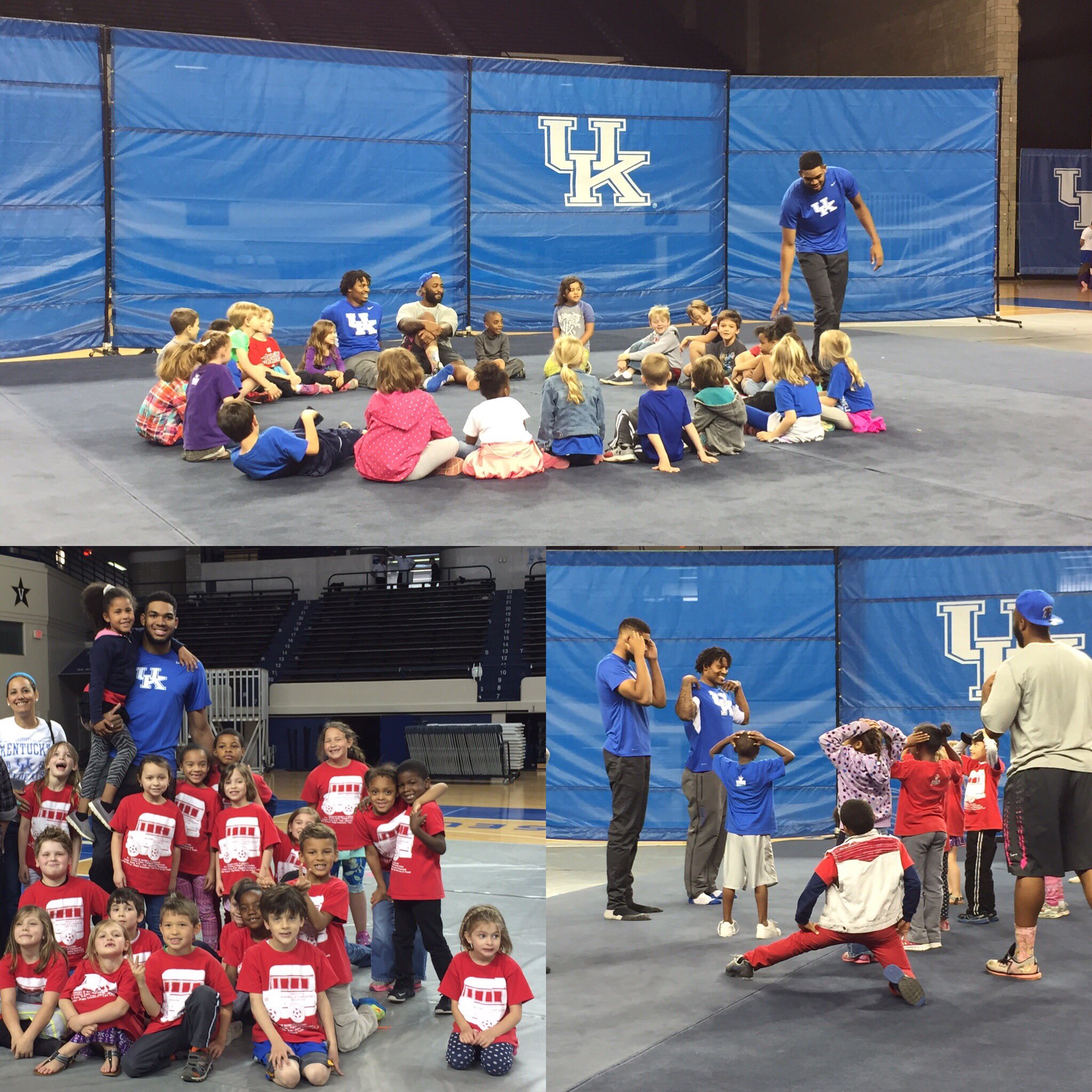 @KentuckyMBB[/caption] Karl Towns is making the most of his time in Lexington, doing the local media rounds and reminding us all why we love him so much. If you thought his appearance on KSR was great yesterday, wait until you see what Karl was up to this morning. A group of local first-graders took a health and wellness field trip to Memorial Coliseum today, and when they got to Rock Oliver's station, they were in for a special surprise. Towns jumped in and played duck-duck-goose and head-shoulders-knee-and-toes with the students and UK football players Mikel Horton and Kyle Meadows. Even though he's the presumed NBA Rookie of the Year, Towns couldn't catch one little girl, who now has bragging rights for life: 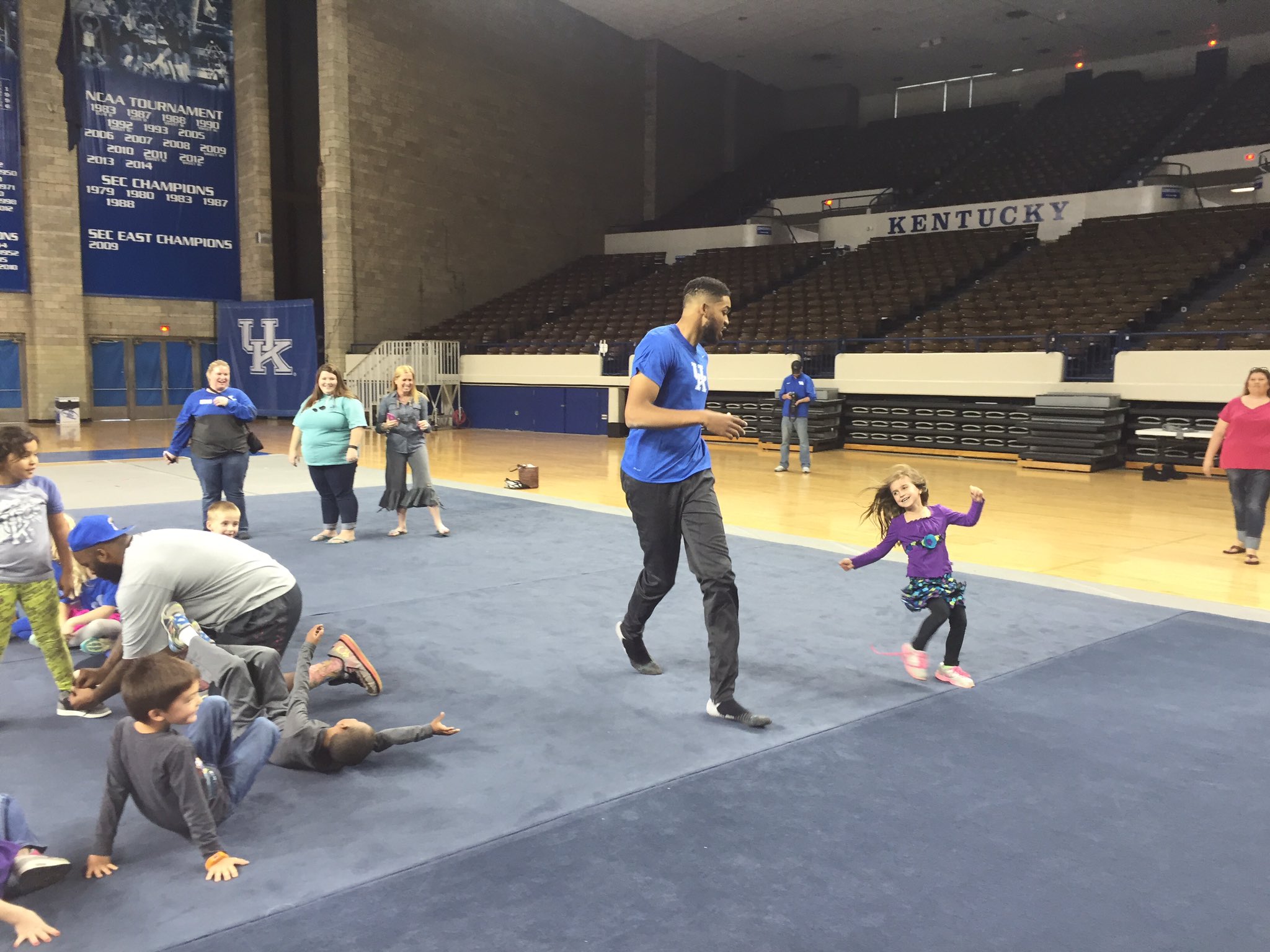 @NathanSchwake[/caption] Another reason why Karl is the absolute best.