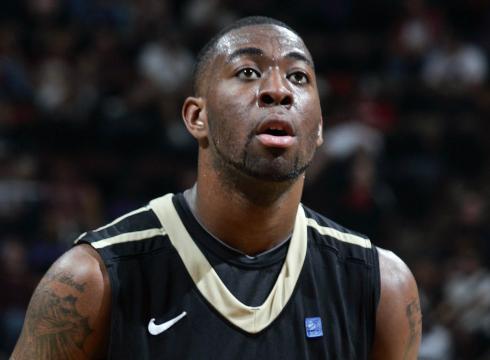 Don't order those customized Keith Clanton UK jerseys just yet, folks. Andy Katz isn't so sure Central Florida's all-time leading shot blocker is going anywhere. In today's "3-point shot" for ESPN.com, Katz reports that none of the three schools -- Kentucky, Florida State and South Florida -- rumored to be options for Clanton have had any contact with him in the past week.

2. The biggest potential free-agent prize is Central Florida's Keith Clanton. The one-year postseason ban means the senior forward can leave without sitting out a year. The assumption was that Kentucky, Florida State and South Florida would be the schools of choice for the Orlando product. But throughout this past week none of the schools have heard from him and the thinking is that he still might stay put. He has time to move on to another school. But it would be perfectly normal if he decided to finish his college career where he started and compete for the Knights for one last season even though they can't play in the Conference USA tournament or any postseason event. He can play in front of his family, stay with teammates and one would assume friends and get to the NBA draft from his original destination. And it wouldn't be the strangest thing to actually finish his college career academically in one place instead of fleeing simply because of a postseason ban that may not have mattered if UCF isn't good enough to make a tournament.

The lack of contact between Clanton and the three schools says something about which way he is leaning, but a tweet he sent earlier this week suggests he's at least thinking about it. The 6-foot-9 senior forward tweeted late Tuesday night, "What to do?" after reports came out that switching schools could be an option.