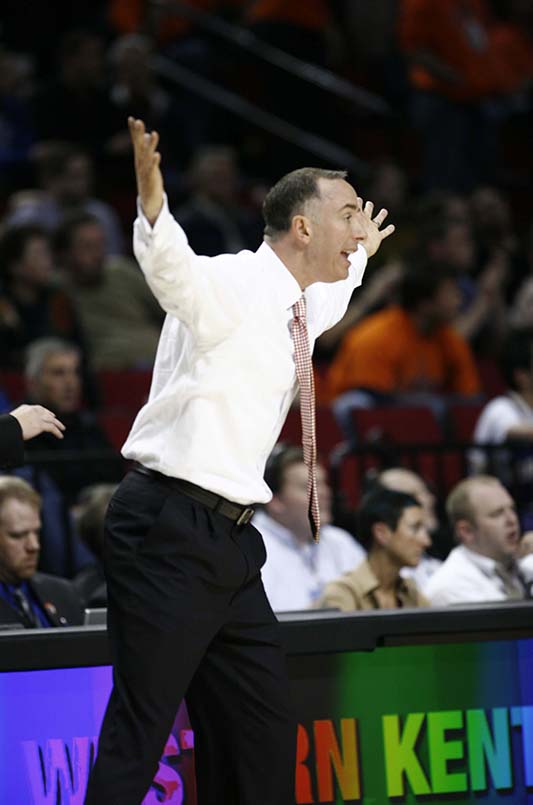 In a move that could have potentially bankrupted the University of Kentucky during the Billy Gillispie Experiment, Western Kentucky basketball coach Ken McDonald is apologizing to Hilltopper fans for the abysmal performance by his team against Vanderbilt on December 1.  And, he's making it financially beneficial for them.  McDonald not only wrote a letter to the 20 fans who sat in WKU's team seats in Nashville that night, he also has given them each $60 to make up for the gas mileage spent on the trip.  Not a bad deal. Sadly, WKU still refuses to apologize for Bryan the Intern.