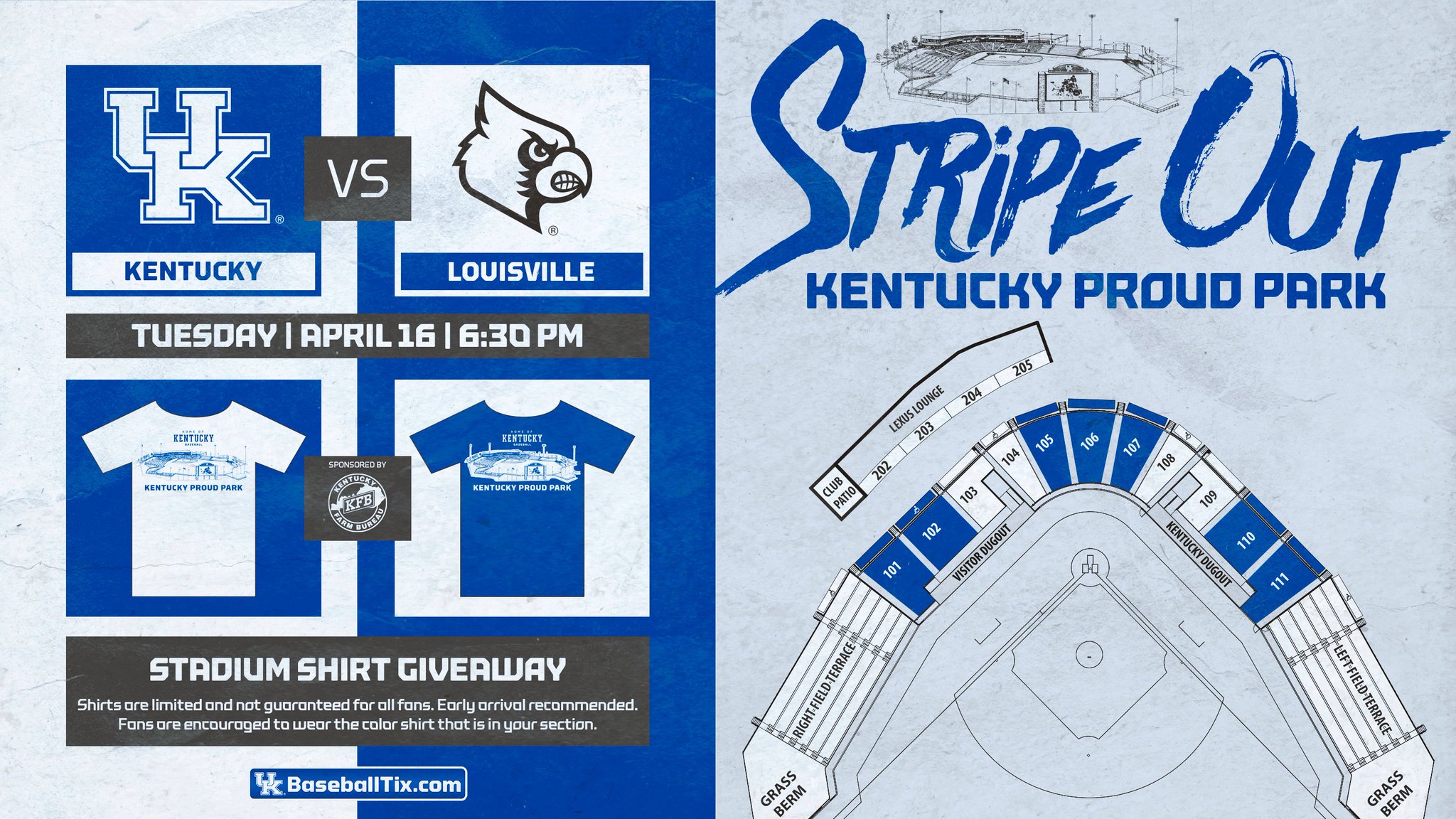 When the Bat Cats return to Kentucky Proud Park on Tuesday, April 16th to take on Louisville for the Battle of the Bluegrass, UK will attempt another "stripe out." You may remember during football season Kentucky tried pulling off the stripe out in Kroger Field against Mississippi State without giving out t-shirts, for little success.

We’ll get ‘em next time, Stripe Out. pic.twitter.com/4SZ3B3Gpf6

This time, instead of trying to get the crowd to color coordinate with their own apparel, Kentucky Proud Park will be giving out free t-shirts, presumably in each section. It is still encouraged to wear the color designated in your section. So, just to be sure. Blue: 101-102, 105-107, 110-111 White: 103-104, 108-109, 202-205 First pitch on Tuesday is 6:30 p.m. ET at KPP. The forecast says it will be clear skies and around 75 degrees when the 20th ranked Lousiville Cardinals roll into town. The Battle of the Bluegrass, free t-shirts, and 75-degree weather? I couldn't imagine anything better to do on a Tuesday evening. Get your tickets at UKBaseballtix.com