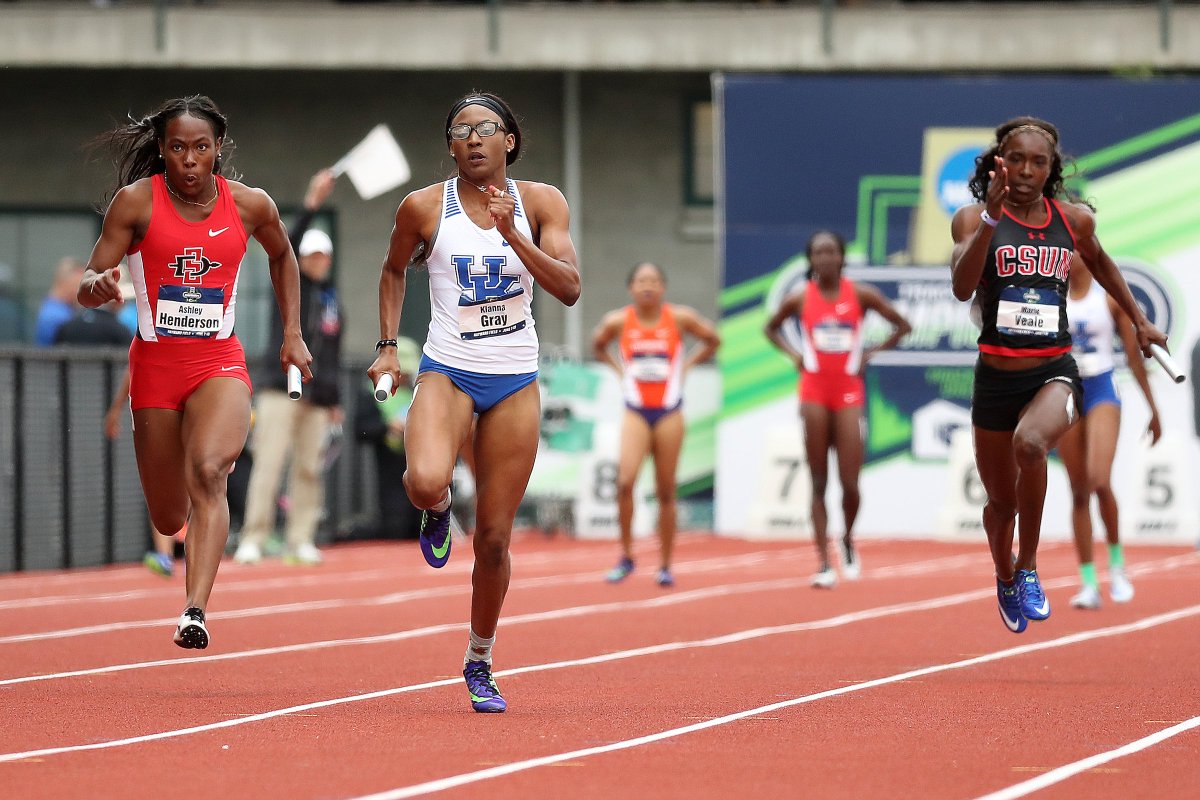 UK Athletics[/caption] The Kentucky women's track team caught Alabama down the stretch to win the 4x100 relay National Title. Jasmine Camacho-Quinn, Destiny Carter, Kayelle Clarke and Kianna Gray made up the four-person team that finished the race with a 42.51 time.  Alabama led all the way until the very end of the race.

The fastest sprinters in the country: They're in the @SEC. They go 1,2,3 in the 4x100. @KentuckyTrack wins the title. pic.twitter.com/arQ1XLeFXw

It's the second individual gold for the Kentucky women's track team this weekend.  Olivia Gruver became the first UK track and field athlete to ever win a National Title in the pole vault, clearing 14-feet, nine inches.  The Kentucky Track program now has eight NCAA Outdoor Individual Gold Medals. Camacho-Quinn added a silver medal in the 100m hurdles.  Her 12.58 performance was .01 slower than the winner from UTEP. Kentucky is in first place overall through ten of 21 events, leading Georgia by eight points.  Marie-Josee Ebwea-Bile is the final runner remaining.  Currently in second place in the triple jump, if she can medal the Cats could win their first ever team National Title.